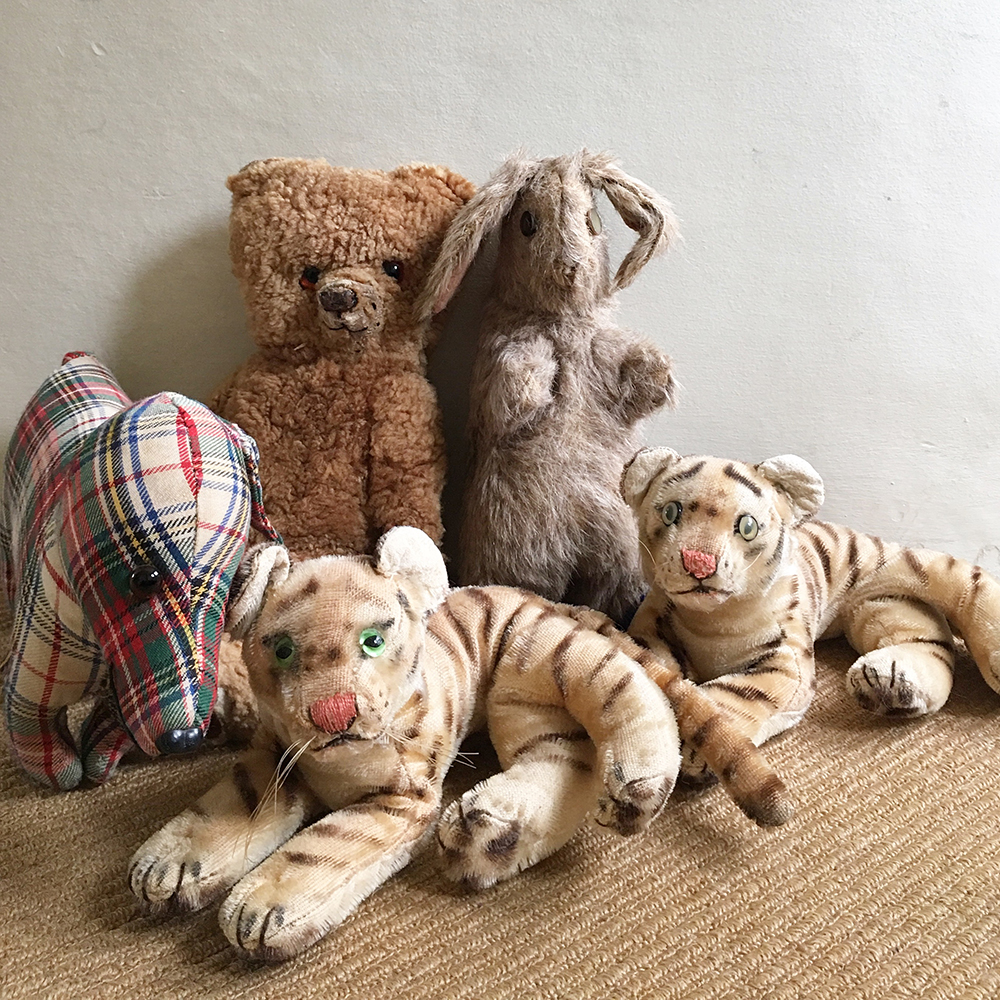 “These cuddly toys have been passed down through my husband’s family and all have their own story to tell. The dog, Chip, was given to my father-in-law 91 years ago. He was evacuated to Riverview School in Australia from Malaysia age 13, and for over a year did not know if his parents were still alive. He now belongs to Josephine (16). Benjamin Rabbit is 90 and belonged to my Mother-in-law. She took him with her when she was evacuated to Cornwall in the Second World War. He now belongs to Florence (18). The tigers were a wedding present to my parents-in-law in 1957 and have lived in New York, Malaysia, Jersey and Hove and are now loved by Edith (14) Jeremy the teddy is 56 and was given to my husband when he was born in Penang. My husband went to boarding school in England at the tender age of 7 and Jeremy was dearly loved. He now belongs to our son Fred (20)."

Family Photography Now, directive and week 32: Show us an object that describes your family, be it an heirloom, token or memento

“Families are given to you, but they can also be chosen and made; from soulmates and comrades, to surrogate grandparents and adopted children. To be someone’s ‘chosen family’ is a powerful thing. The Foundling Museum’s eighteenth-century tokens are heart breaking because they were left by mothers with the babies they could not keep. They represent lost families. I would like to see objects that speak to families that have been found.”