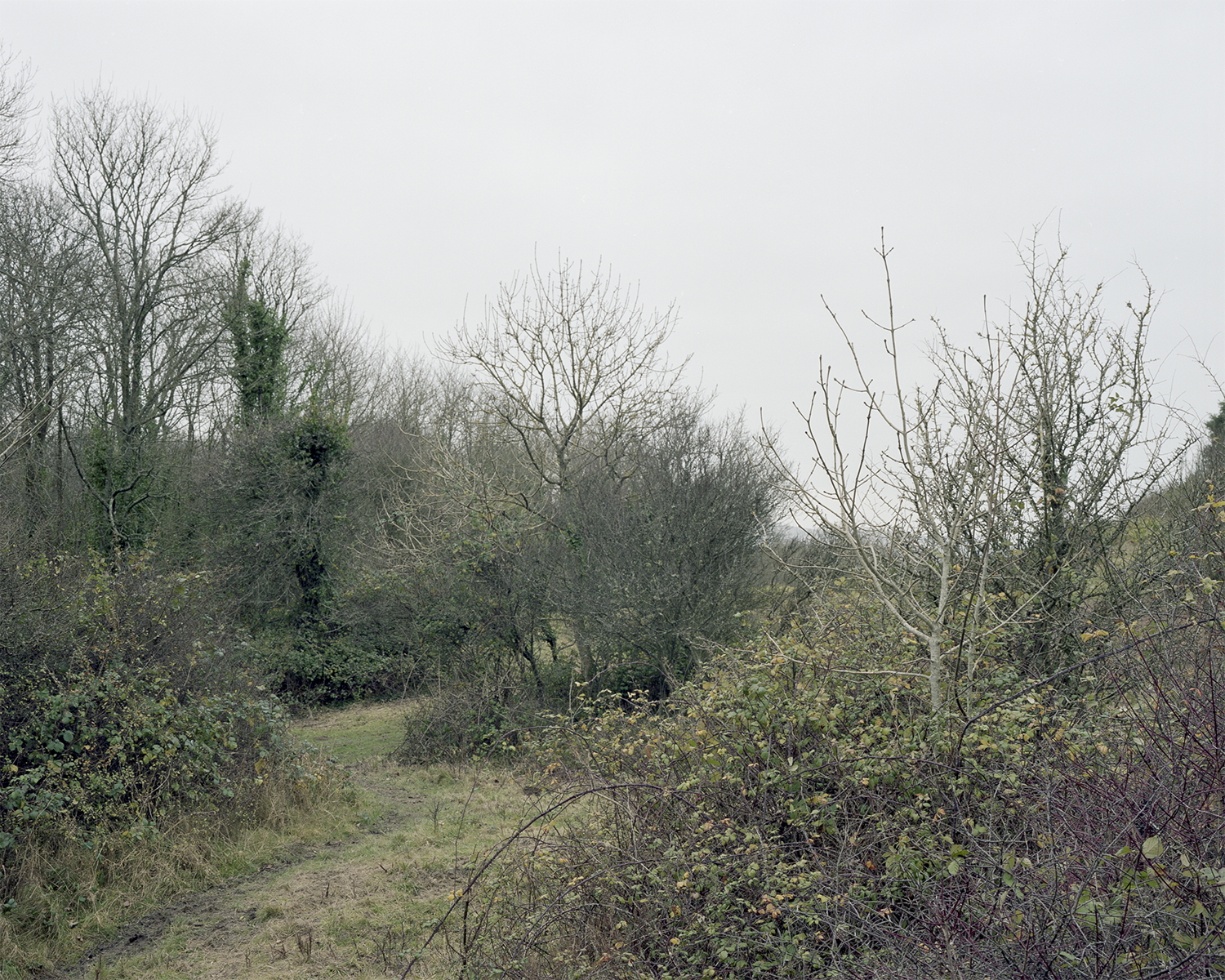 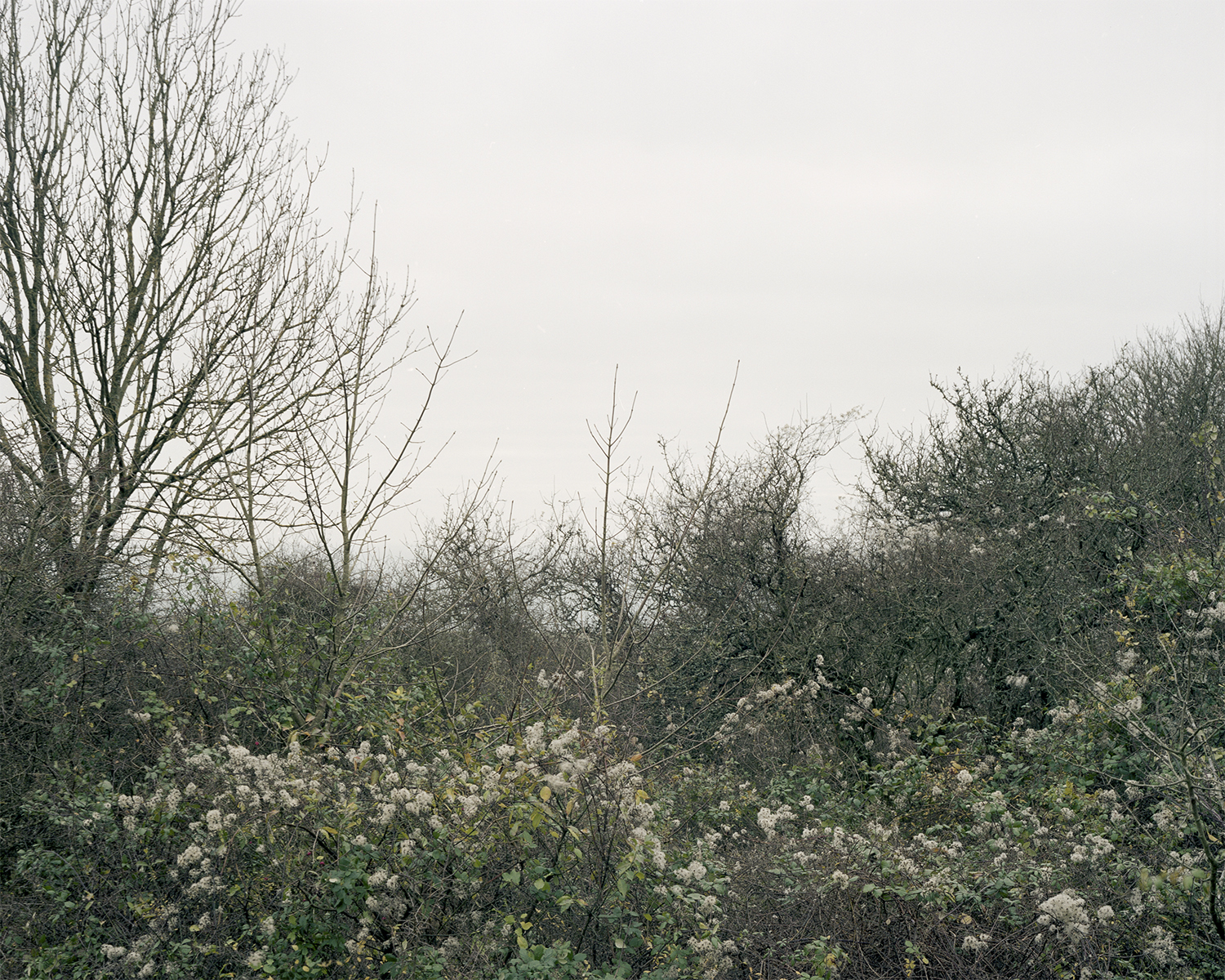 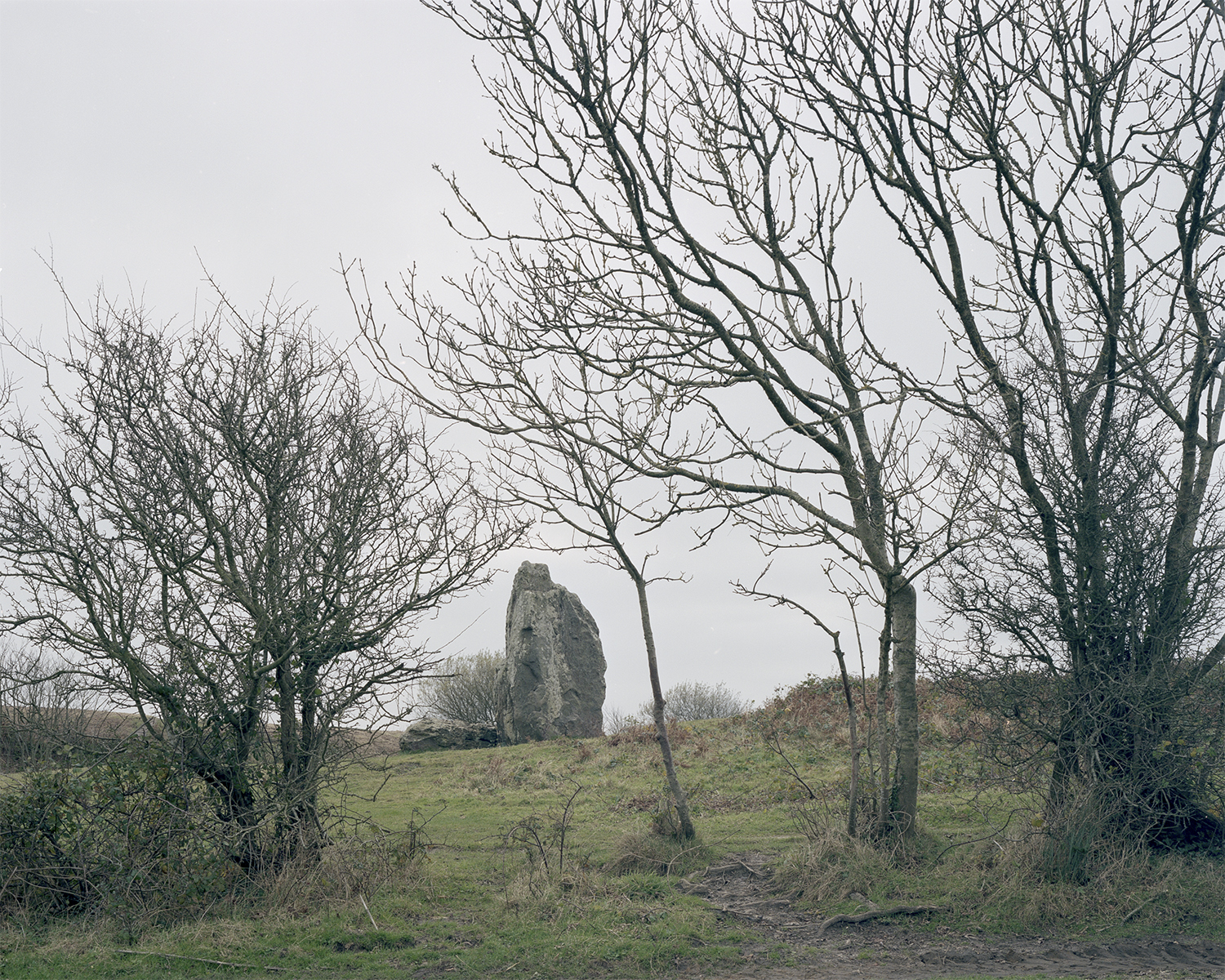 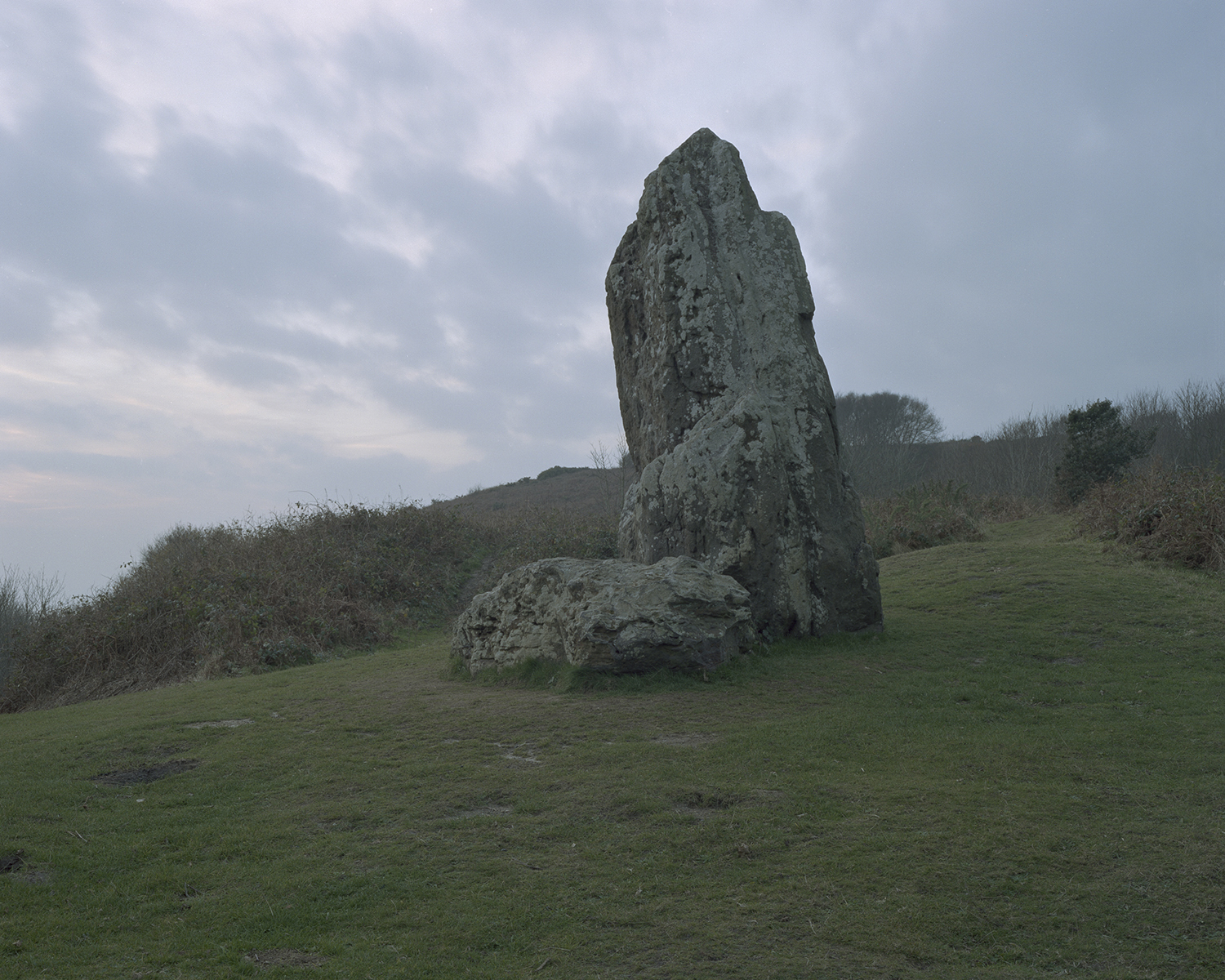 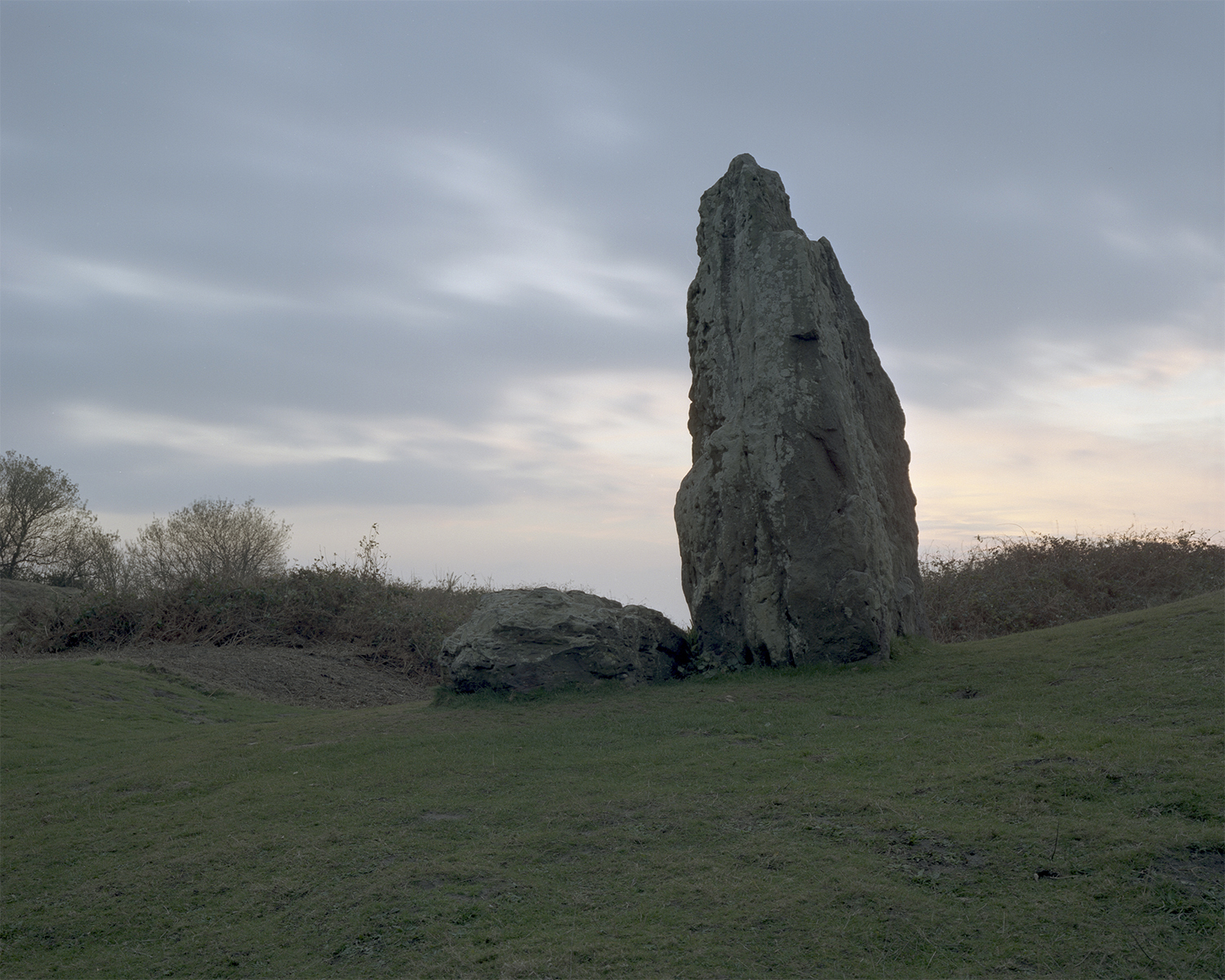 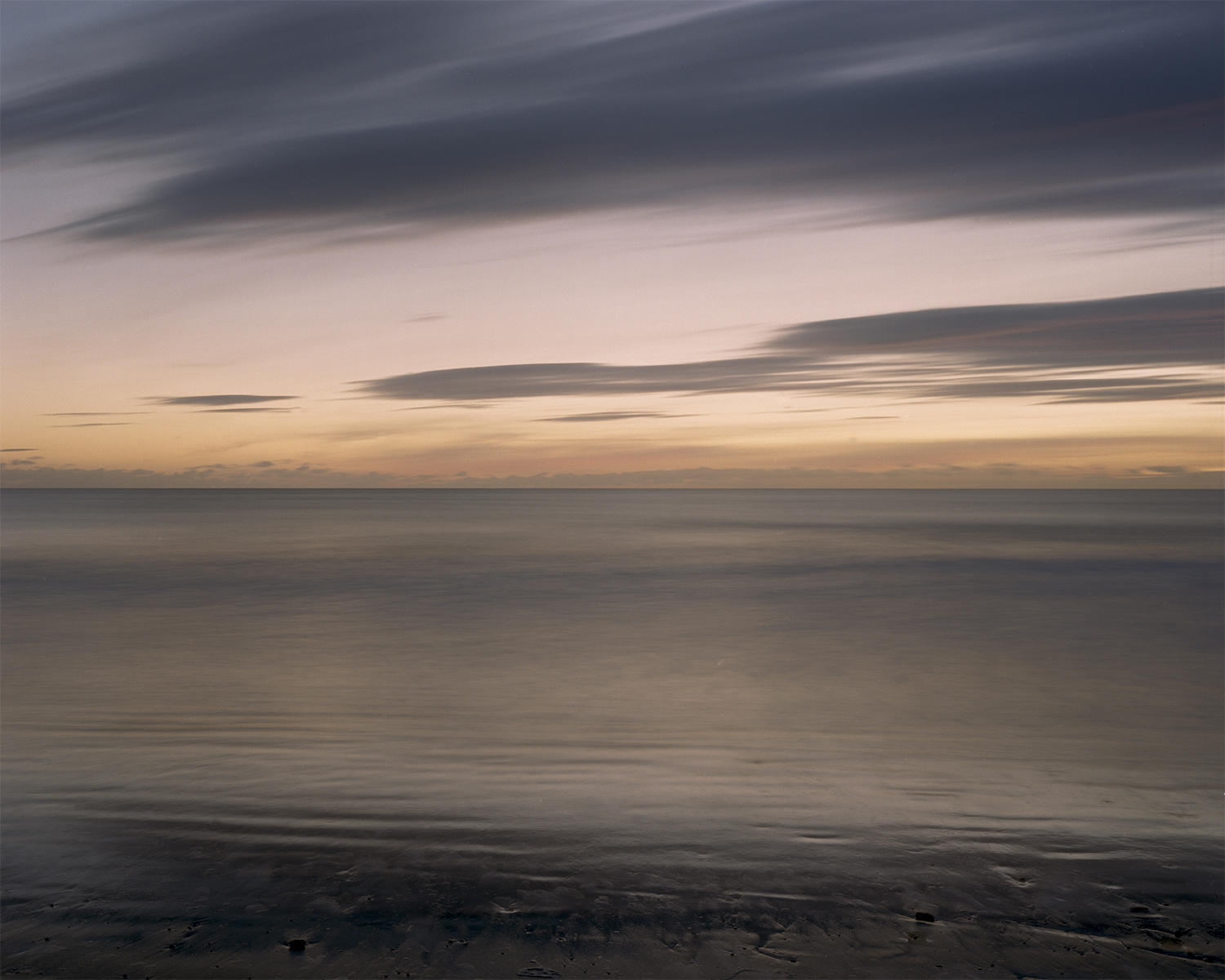 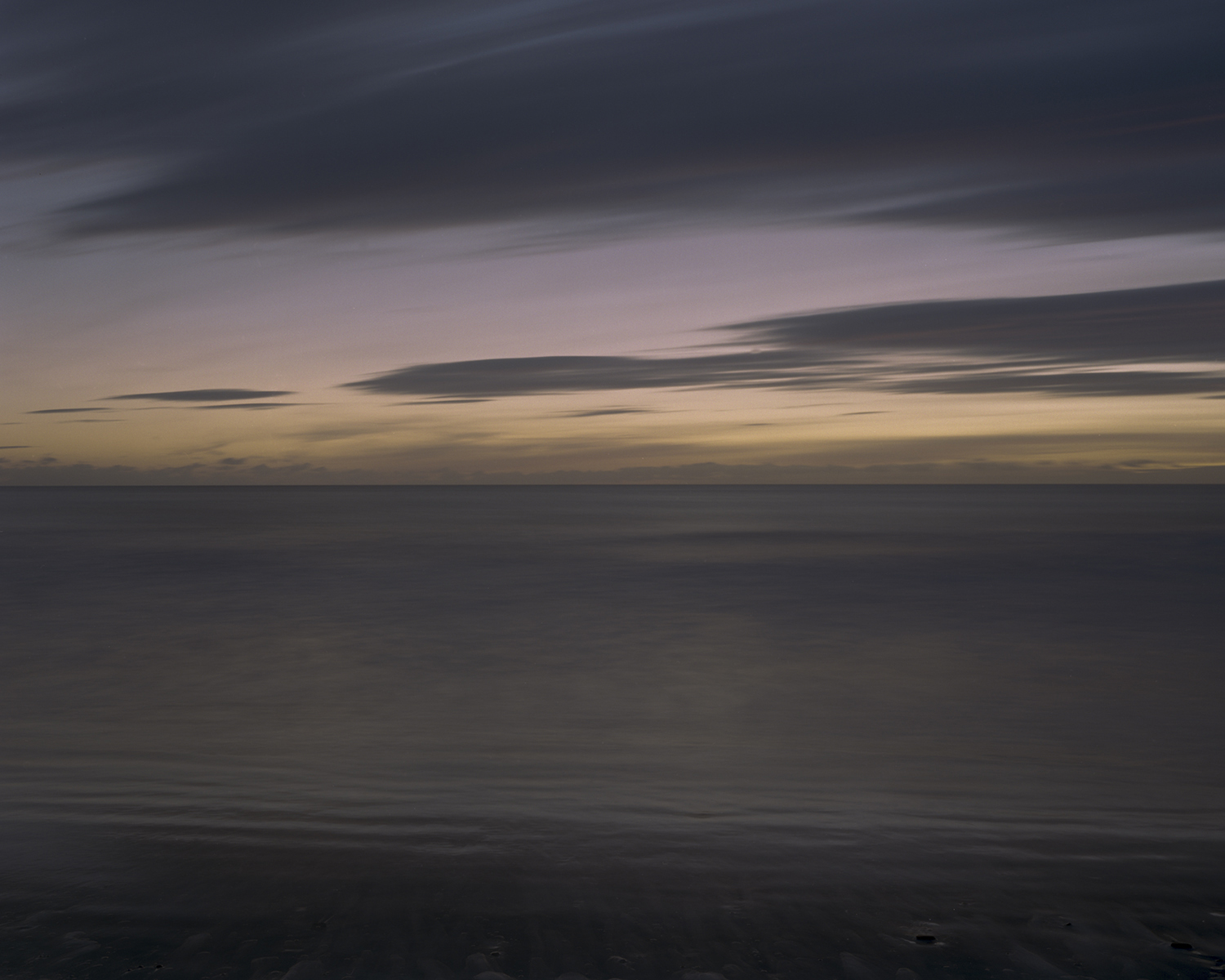 Guy Moreton's Jacquetta Hawkes has been published as part of the Viewpoint Photography and Landscape.

Walking between the high, crumbling cliffs and the sea, one is exposed to the assault of time. The great depths of soft, grey-blue soil suggest memory itself. To abandon oneself to them is like moving in that smoky world which is reached by moving among the images of the past stored in one’s own brain. And there embedded in them are the perfect spirals of the ammonites, the slender cones of belemnites, and the glaring eyes of ichthyosaurs, to represent the vivid moments and the cruel monsters of memory.

Jacquetta Hawkes’s move to the Isle of Wight in 1953, after the publication of A Land, with her husband, the writer J B Priestley was in many ways a retreat that allowed her the space and time to be absorbed into the lyrical and atmospheric littoral landscape of this island across the Solent from Southampton. It was here that she wrote the poetic script for the film Figures in a Landscape about Barbara Hepworth, excavated the Neolithic Longstone in 1956, walked along the cliffs and downs, and took evening swims with friends, including Iris Murdoch (The Sea, the Sea 1978). My interest in the expanded narrative of Romantic Moderns (Alexandra Harris, 2010) is embodied in the idea of landscape as a figurative, and powerfully intellectual phenomena, shared critically across and within culture. For Hawkes, as for Nan Shepherd and Ludwig Wittgenstein, it was the topography of thought that was shaped by the image — as much as the knowledge — of the underlying geology.

His current research explores the complex relationship between landscape and thought, particularly through the writing of Jacquetta Hawkes, Nan Shepherd, W.G Sebald, and in the topography and character of Ludwig Wittgenstein's philosophical thinking during his self-imposed retreat to the remote west coast of Norway. Moreton’s photographic work about exile, wilderness and trauma in the landscape of Kurt Schwitters’ Merz constructions in England and Norway was recently acquired by the Contemporary Art Society for the collection of Tullie House Museum and Art Gallery, and his work is also in the collections of the University of Southampton, and Southampton City Art Gallery.

He is Associate Professor of Photography in the School of Art, Design and Fashion at Solent University Southampton.