The below essay was commissioned for Loose Associations vol. 4:3, a printed reader edited to accompany the exhibition Roman Vishniac Rediscovered.

I was a high school senior in Los Angeles in 1993 when Roman Vishniac’s first posthumous publication, To Give Them Light, arrived at our local bookstore. The moment is seared into my memory because family members in California, New York, Tel Aviv and even Buenos Aires were on the phone screaming with excitement about one image in that book. The Photograph. Right there, on page 129, was The Photograph. It was just a picture of a signpost displaying the names and distances of various towns in North-Eastern Poland: Bialystok 153 km, Lubiszczyce 43 km, Pruzana 85 km, Dereczyn 34 km, and Wilno 200 km. But painted on a piece of protruding wood was the name Nowogródek 72 km. This was my family’s hometown, a small city where my grandparents and the rest of my family had been born, and where they had lived their lives until the Germans invaded in 1941.

Five years earlier, photographer Roman Vishniac, passing through Slonim, had snapped this picture, exactly seventy-two kilometers from where my family was living. It was not a photograph of a relative, or even of the town. It was just a picture of a signpost with the name of the town. Yet, even that vague proximity, that tenuous link to a world that had been wrenched away and annihilated, was enough fifty-five years later to send every relative into a state of unabashed exhilaration, which was, of course, immediately tempered by profound sadness, nostalgia and longing. Nowogródek was there. It had existed. And now, in a book of photographs by the most famous photographer of Jewish life, there was proof. The Photograph was a remnant, a reminder, something to keep the connection alive. And my family wept and rejoiced. That episode made a strong impression on my adolescent mind, and the Roman Vishniac book remained open to that page like a totem in my mother’s library for many years. 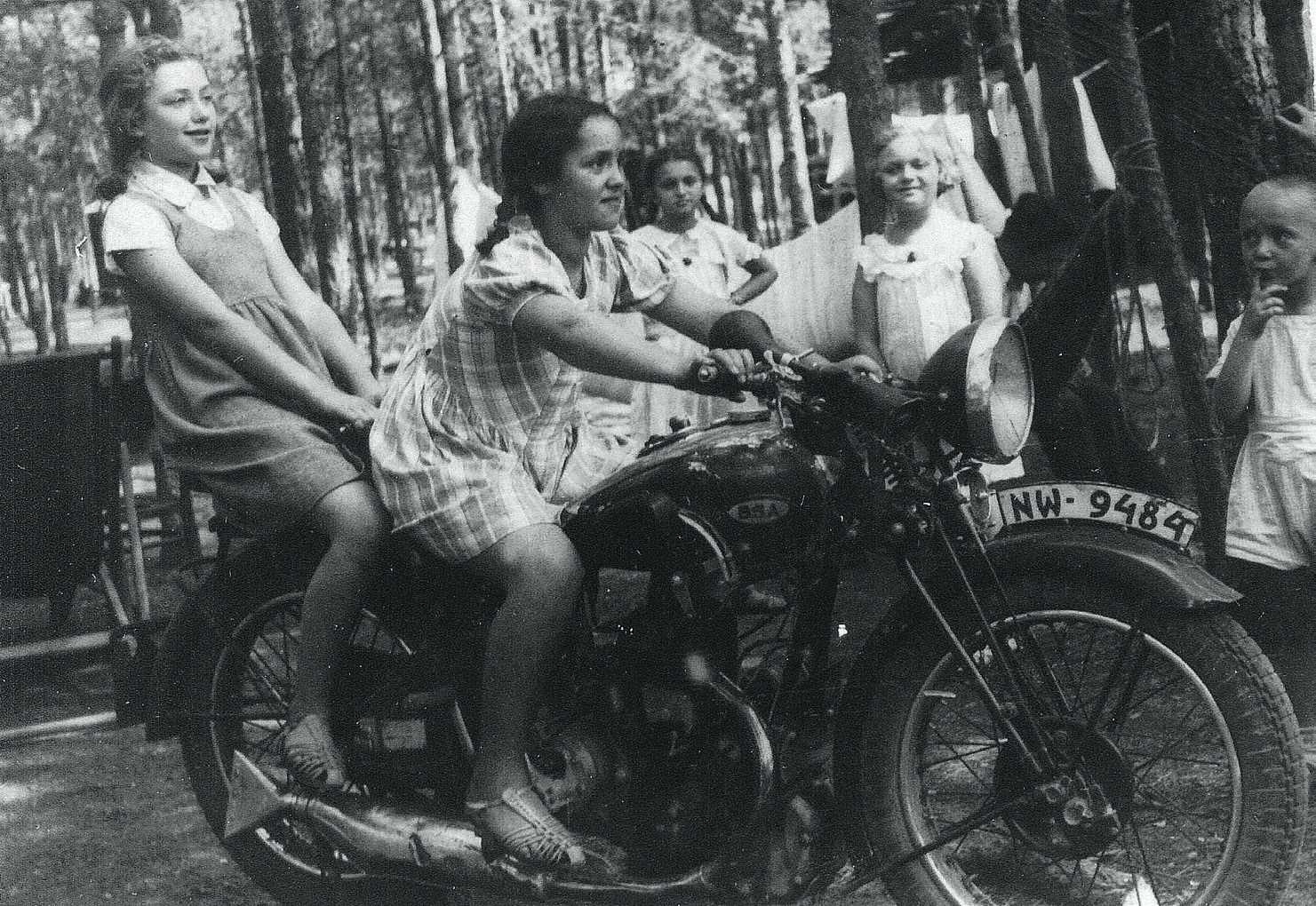 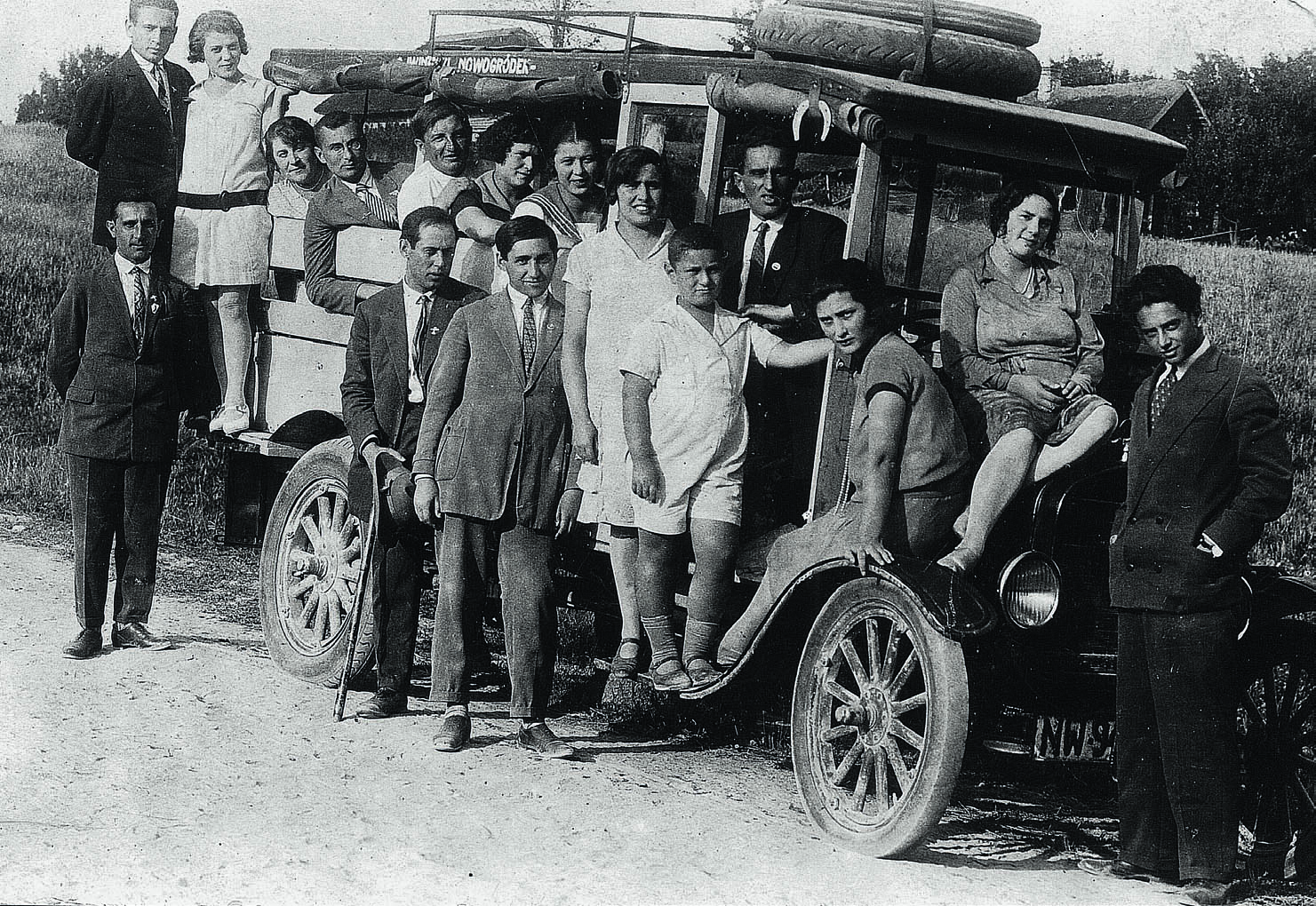 Roman Vishniac, Jews from the town of Novardok posing in front of the town ambulance, ca 1925

My grandparents were still in their forties when I was born, and the world they came from did not feel so distant. Yiddish and heavily accented English were spoken at home, and the few photographs from Nowogródek that had somehow survived the dislocations and traumas of the war were prominently displayed: my beautiful grandmother pictured in her school uniform with classmates, or posing on the back of a motorcycle, or wearing a bathing suit in the lake, or standing in a chequered scarf in front of a crumbling old castle on a nearby hilltop. We also had a group photograph of relatives standing beside the Nowogródek town ambulance, and one of my great-grandmothers and her sister posing in a local portrait studio wearing fancy fur-collared coats that had probably been purchased in Vilna or Warsaw. Yet, these family photographs of small town, largely assimilated middle-class life did not correspond to the most widely reproduced and immediately recognisable images of that world, Roman Vishniac’s photographic record of Jewish life in Eastern Europe between the two world wars.

More than the work of any other photographer, Roman Vishniac’s images have profoundly influenced contemporary notions of Jewish life in pre-war Eastern Europe. Vishniac’s typical studies — tightly cropped portraits of bearded religious men, smiling children in tattered clothing and lamp-lit young yeshiva and cheder students — were a dramatic departure from the images of Nowogródek that I knew. So, I wondered: How did Vishniac’s images come to represent that world, and not the joyous images in my grandmother’s album? And how did Vishniac become the most famous visual chronicler of that lost world my family once inhabited? These are the questions that I pondered as I began to explore the Vishniac archive. The more I learned, the more I realised how little was known about Vishniac. Of his pre-Holocaust images of Jewish life in Eastern Europe, only a small fraction — about 350 images — had been published or printed during his lifetime. Beyond this known work, spanning only four years, Vishniac was, in fact, a remarkably versatile, innovative and prolific photographer. The negatives in his archive span more than six decades, ranging from early engagements with European modernism in the 1920s to highly inventive colour photomicroscopy in the 1950s, ’60s and ’70s. The exhibition (held at The Photographers’ Gallery & Jewish Museum London, Autumn 2018) and publication, Roman Vishniac Rediscoveredintroduces for the first time the full extent of this radically diverse body of work. 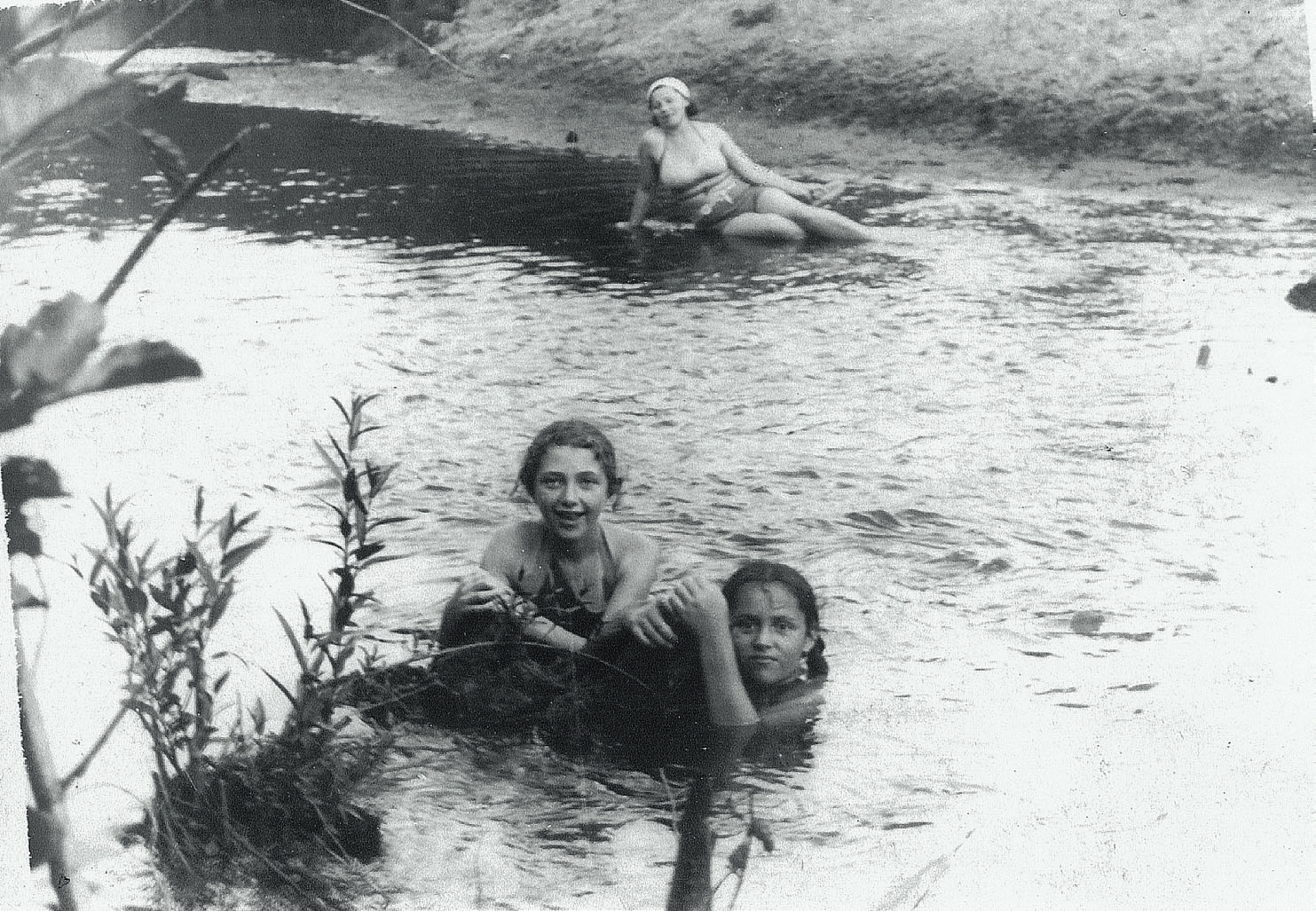 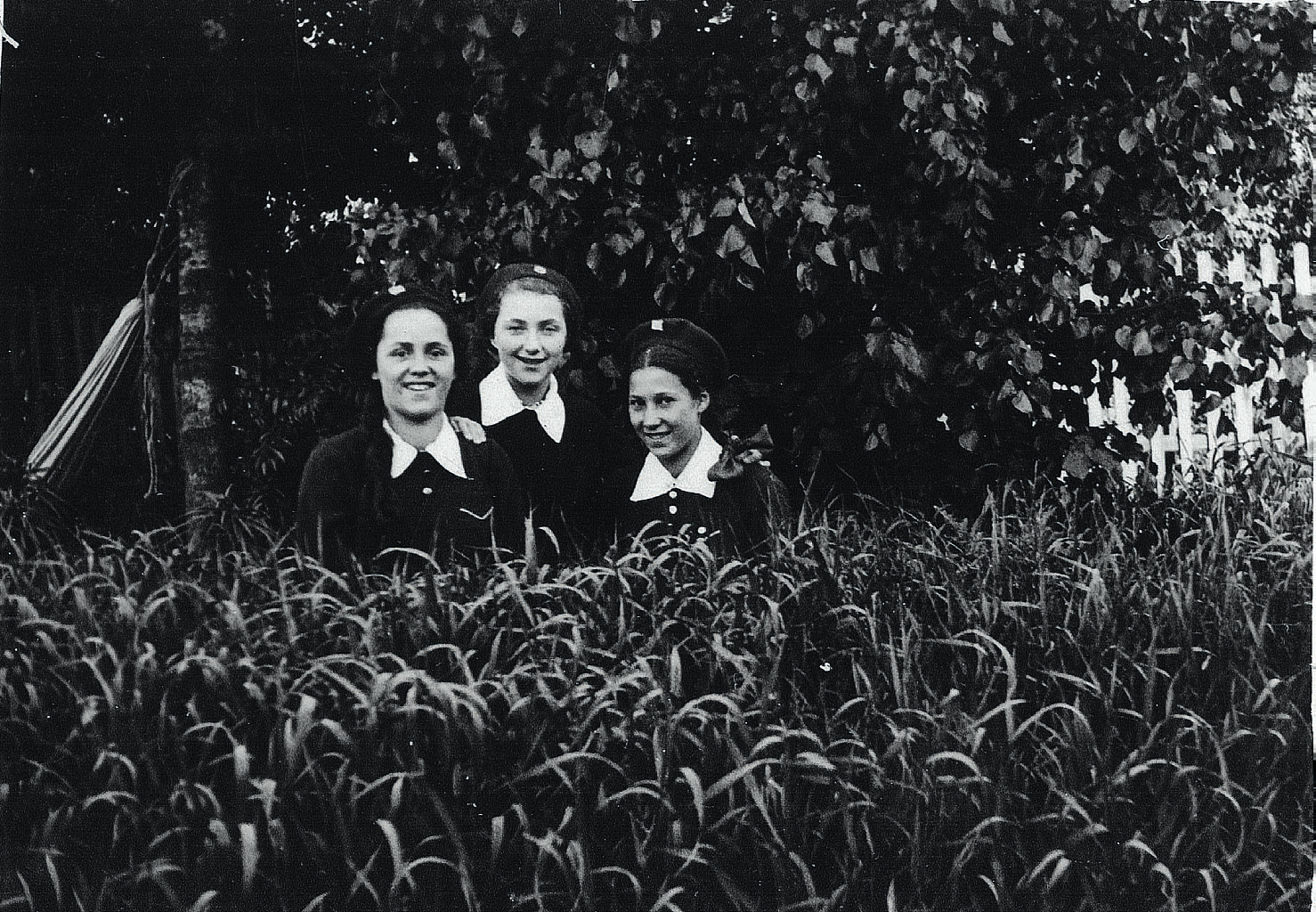 It is timely for a comprehensive appraisal of Vishniac’s work — one that spans his entire photographic output from his early years in Berlin through the post-war period in America — and argues for his position as one of the great photographers of the twentieth century. Vishniac’s vast archive, which was established at the International Center of Photography, New York, in 2008, comprises more than fifty thousand objects, including recently discovered vintage prints, rare film footage, contact sheets, personal correspondence and nearly ten thousand negatives. I hope that this newly accessible material – which has and continues to play a crucial role in constructions of Jewish collective memory — will facilitate discussions across generations much as his book did in my mother’s library for so many years.

For decades, oral testimony has been central to preserving a record of pre-Holocaust Jewish life in Eastern Europe. But as the generation of survivors who grew up in that world take their memories with them, photography will play an increasingly vital role in presenting the history of that world in a way that is both meaningful and accessible to future generations.

Maya Benton is a curator at the International Center of Photography, New York. She established the Roman Vishniac Archive at ICP in 2008.