Continuing a series of textual responses to our current exhibition, Urban Impulses: Latin American Photography From 1959 To 2016, The Photographers’ Gallery Bookshop invited curator and president of the Fundación Sud Fotográfica in Chile, Luis Weinstein, to write a personal introduction to the emergence of Chilean Protest Photobooks, based on his recent research.

Photography arrived on our continent within months of its official presentation in the French Chambre des Deputés in 1839, and even before that, there was a Brazilian version of a procedure to permanently fix technical images in 1833. The medium’s history in South America is a long one, as is the production of photobooks within the region. In Chile, one of the earliest is ‘The Album of Santa Lucia’, a printed text book with manually copied photographic prints glued upon its surface. It was an assignment commissioned in 1874 by the entrepreneurial Intendant of Santiago, Benjamin Vicuña Mackenna, a man intent on bringing progress to the city. In the preface he wrote proudly, ‘Even though ‘The Album del Santa Lucia’ is in itself a luxury object, it hosts in his author’s purposes a much higher reach: it’s a work of propaganda’. Mackenna’s intention was for the public works which transformed urban environments as depicted in his stunning photo album, to provoke other Intendants in the country to replicate these modern transformations and bring progress to their own cities.

As printing processes developed, books with texts and photos became available and the capacity to carry ideologically intended and politically charged narratives grew. In 1888, Charles Wiener published Chili et Chiliens in Paris, with photographs engraved in lithographic plates. Most probably funded by the Chilean government, the volume was devoted to documenting the virtues of the territory and the civility of its almost European elite, with the help of photography and the pretensions of its modern objective certificate. The growth of the market, alongside developing techniques, allowed players other than the government and big corporations to begin making books for purposes beyond just coffee table adornments. In 1940, ‘La senda del sacrificio’ was published to denounce the murder of 60 young protesters at the hands of the police during an attempted coup in 1938. The book includes 58 portraits of the victims collected from their families by the Nazi party – a process which, in turn, started a tradition that would later be used by the relatives of the desaparecidos during the Pinochet regime, for the covers of the ‘Donde Están’ series that documented many cases of the victims who were being filed before the judiciary in the late 1970s. 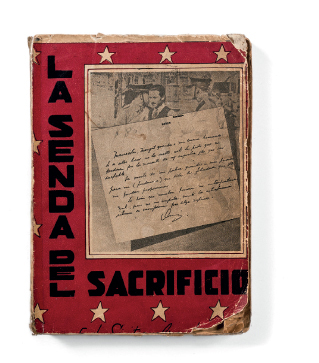 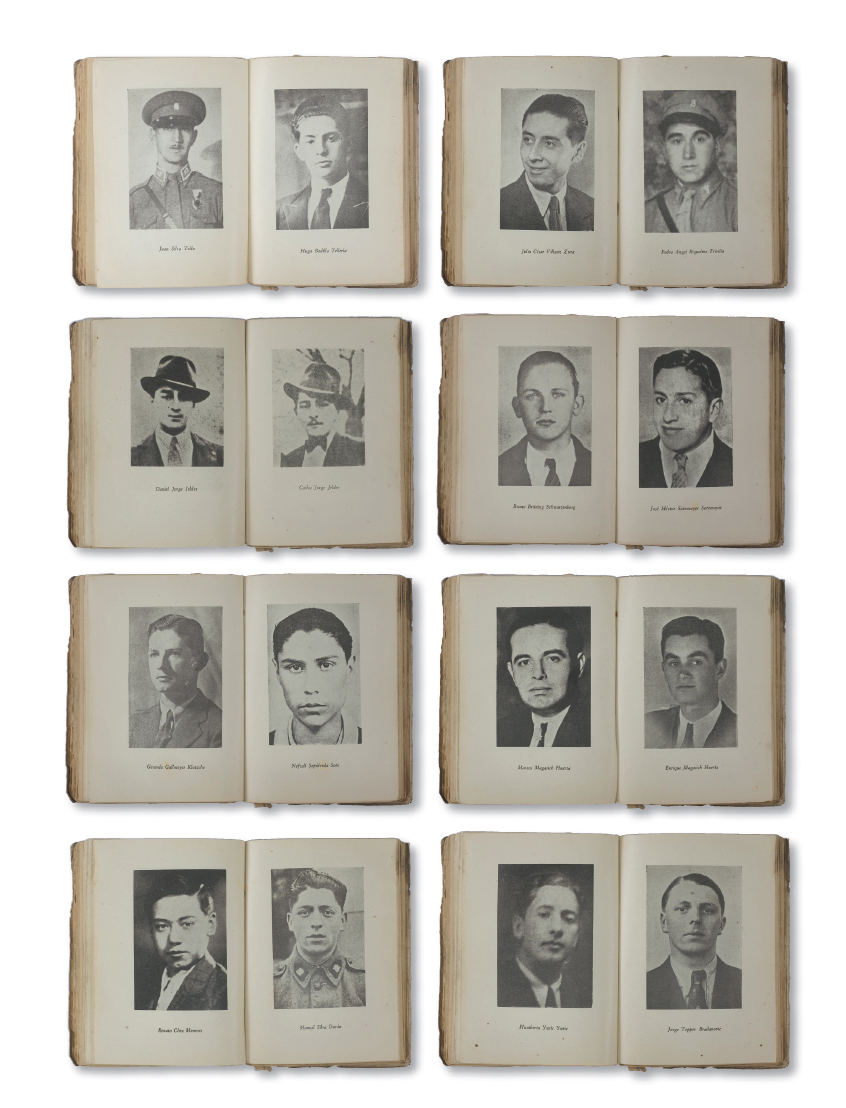 A big leap forward in the production of photobooks, or books written with the help of the narrative skills that photography engenders, came as the leftist president Salvador Allende was elected in 1970, and a huge printing facility was put to work on behalf of the government. Editora Nacional Quimantú – the publishing house created in 1971 by Allende’s Unidad Popular government – relied on a pool of photographers to develop a large series of inexpensive books about ‘Us, the Chileans’, which was conceived to promote and celebrate the collective strengths of labourers’ work, as well as popular local traditions. 49 of these books were edited and distributed monthly in newspaper kiosks across the country. Another series edited by Quimantú was ‘Documentos’, with one of its last titles being ‘Aquel tancazo del 29 de junio’, a publication denouncing an attempted coup and how the people responded to this action. 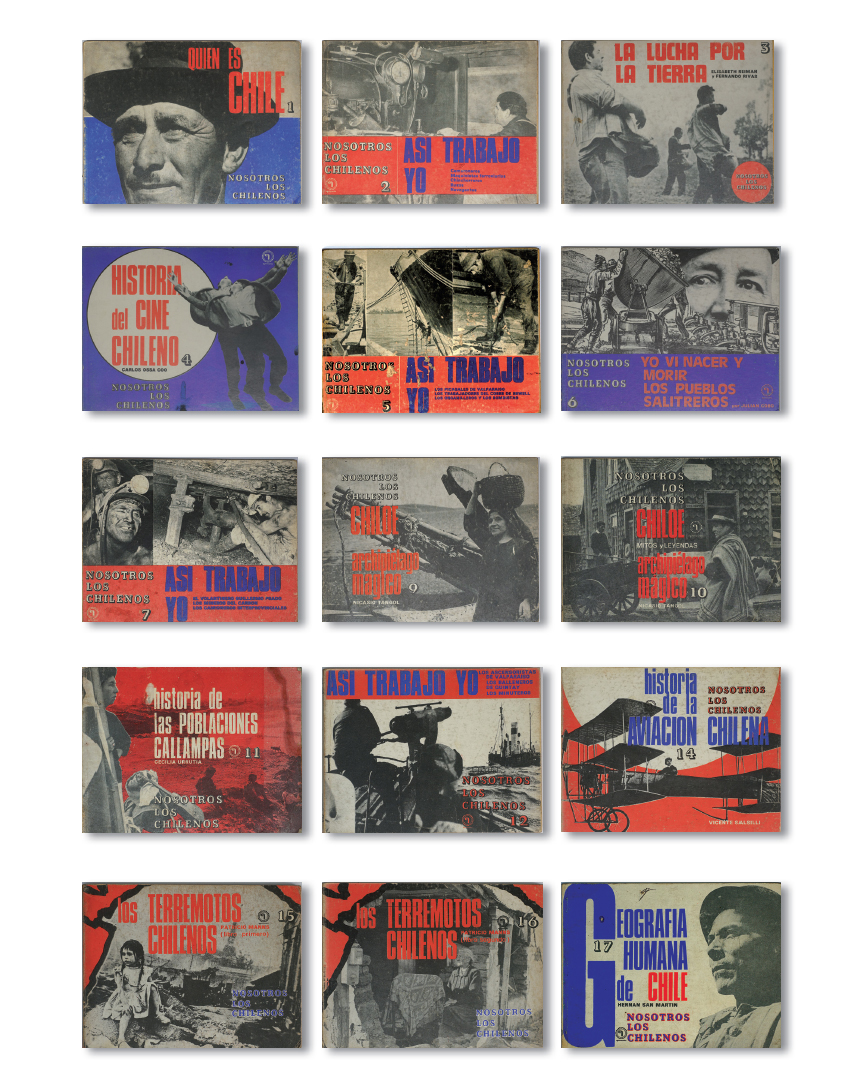 Later in 1973, Quimantú changed its name to Gabriela Mistral and became a hub to proclaim the virtues of the military regime that had overthrown Allende, putting Pinochet in power. Photobooks praising the benefits of Pinochet and his iron fist followed, some of them in as many as three different languages, as an attempt to show the world how idyllic it was to live in this new country. One such photobook, ‘Chile Ayer Hoy’, juxtaposes black framed pages depicting the ‘chaotic past’ with white framed ones of the new order, and set in the same location each time. 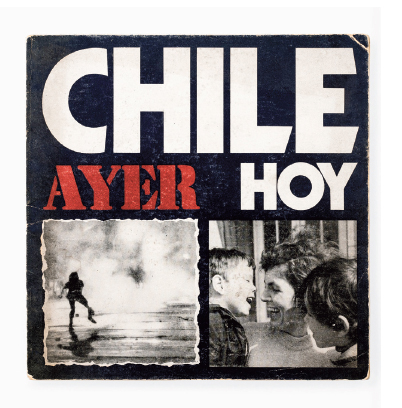 After the September 1973 coup many books opposing the military and denouncing its brutality began to be edited, mainly in Europe, but also some in the US. The impressive ‘Chili, September 1973’ by Koen Wessing was printed by The Bezigge Bee in Amsterdam, and ‘Neruda, Entierro y Testamento’ by Fina Torres was published in Canarias, Spain, both in 1973. Another awesome photobook, ‘Chile o Muerte’, was printed in Mexico in 1974, with images by Armindo Cardoso. Elsewhere, in 1981 Editorial Nueva Imagen released ‘Con Sangre en el Ojo’ in Mexico, as a compilation by the exiled photojournalist Marcelo Montecinos, and in 1982 Spanish publisher Blume produced a very curious photobook entitled ‘La Des-Humanización Programada’ by the pseudonymous Birgitta, a person who remains unidentified to this day. The book is a series of photomontages juxtaposing the regime with big money names whose businesses flourished under the military. 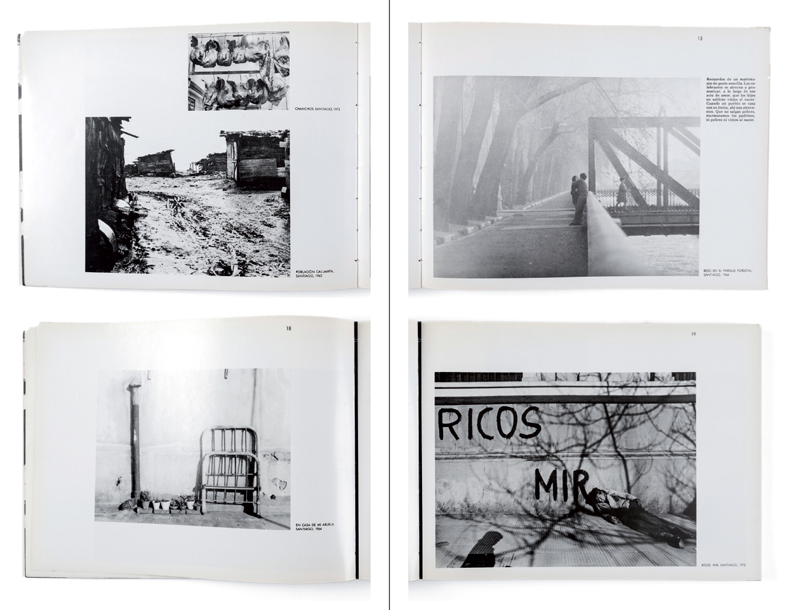 In the 1980s, social unrest in the face of the regime began to stir in the streets, and in 1988 a referendum finally led Chile back into democracy again in March 1990. During this period, photographers had a very active role, and photography was used daily as a political tool to protest against the regime with the help of various magazines and books. The government’s practice of censoring images in opposition magazines only further proved photography’s power and led photographers – mainly photojournalists – to edit small booklets like ‘El Futuro es Nuestro’, ‘Nosotros lo Haremos’ about women protesters, or ‘Allende, Demócrata Intransigente’, a photographic biography of the late president.

Another photobook, ‘El Pan Nuestro de Cada Dia’ is particularly hard to find, because the police stormed the shop it was printed in and destroyed almost all of the 2000 copies made. Others remained in circulation, however, including titles such as’16, no Digas que fue un Sueño’, a tiny and inexpensive book showcasing many of the photographers that would later appear in the well-known Susan Meiselas publication from 1990, ‘Chile from within’. This book has just been reissued in a Spanish version as a near-exact facsimile of the original.

In that fertile decade before the 1988 referendum, another very special type of photobook was produced by photographers, writers and visual artists working from within the widespread community of cultural resistance. Printed on lo-fi Xeroxes and held together with staples or a metal coil between cardboard covers, sometimes silkscreened, these books originated through lack of funding and a need for freedom of expression, which the liberty of graphic design and the rawness of the images and texts allowed for. The artist Eugenio Dittborn’s ‘Fallo Fotográfico’, for example, is an impressive photobook dealing with photography and its social meaning – a very modest project intended as a text for a seminar he was lecturing. The poet Enrique Lihn transformed himself in ‘Pompier’ in the pages of yet another photobook filled with images and texts. A ‘series’ of economic editions by photographers with accompanying texts we started, though only 3 were ever printed.

While researching for a recent publication I have put together on Chilean Photobooks along with my colleagues, something that became very clear is how long the tradition of photobooks as political vehicle is in our region, with a plethora of techniques and authors from different origins working together to create them. We, as Chileans, really wanted to change our lives, we used all our energy and resources, and we were confident that photography would help us all in this transformation, even with all odds against us. We very much still do. 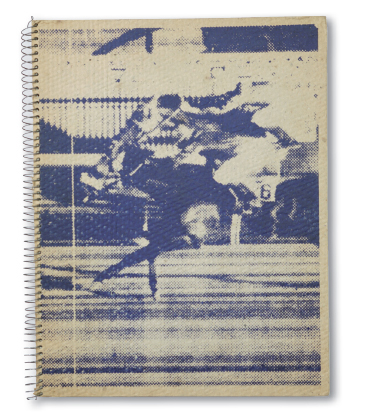 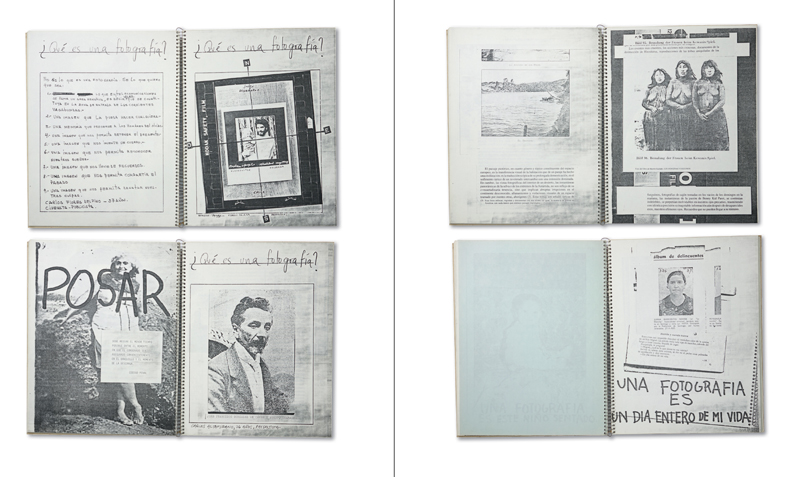 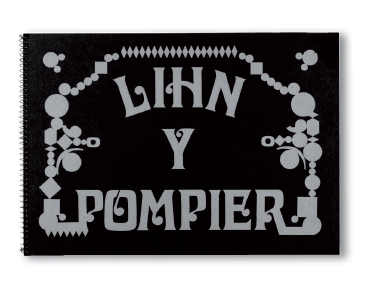