Touchstone is a display featuring a single photograph. Visitors are invited to respond to the photograph, through writing and drawing. This programme links with The Photographers' Gallery's wider educational emphasis on visual literacy. 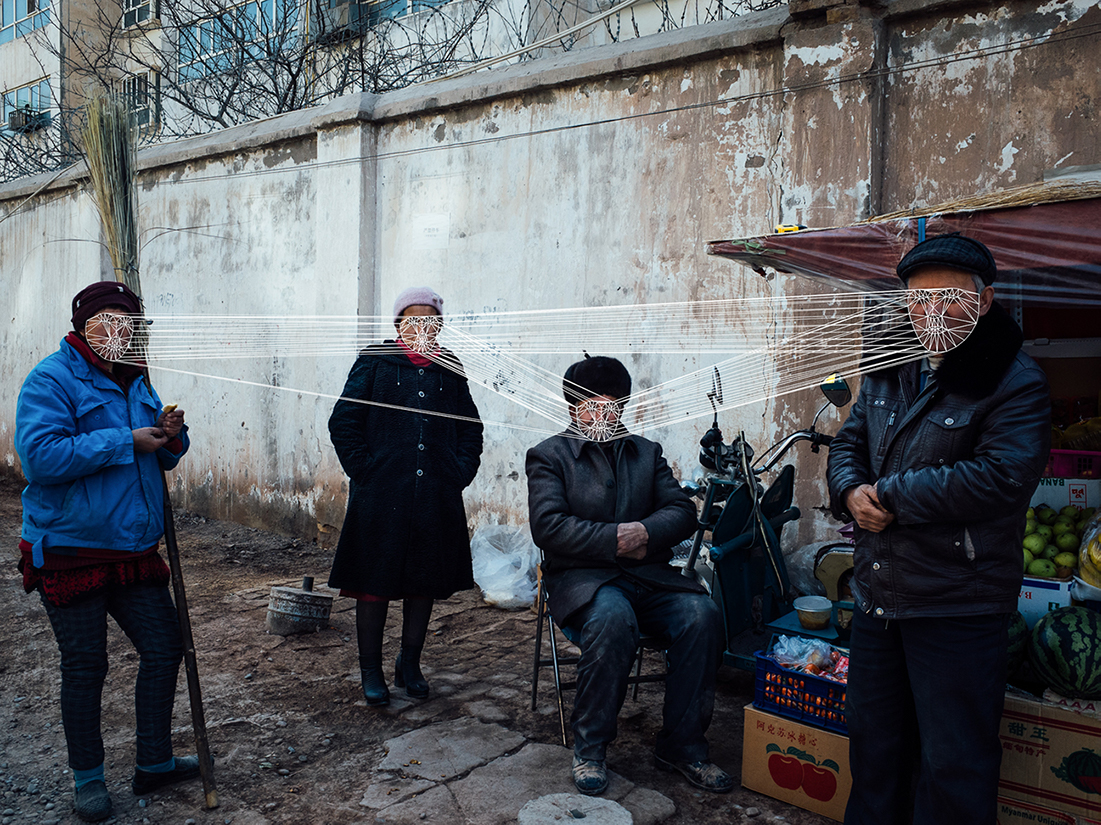 What Do You See?

"The series 2091: The Ministry of Privacy is exploring the mechanism of facial recognition technologies used by China to monitor and oppress minorities in Xinjiang. To do so, I developed a facial recognition software with the help of an IT engineer, which I used while photographing the daily life of the inhabitants in Xinjiang. Once shot, I uploaded the pictures in the software, which recognized and drew the respective biometric facial informations directly on the faces of the people appearing on the original photographs, allowing us to see how facial recognition works and is used as a tool of oppression by the government. The society of control depicted in Orwell’s dystopia 1984 is indeed slowly becoming a reality, not only in authoritarian countries such as China, but also in the 'democratic countries'. Here in France, for example, the government has increased spending on drones to watch over the citizen during the current health crisis…"

Maxime Matthys is a visual artist working and living between Rennes and Paris. He is developing an artistic practice using mainly photography, performance, videography and installation. His work focuses on the way technologies are affecting our daily life and are shifting our perception of reality. While exploring new forms of narrative, he keeps documenting the important issues that are shaping our future.

You can see how others have responded to past and current Touchstone displays here.