An off-site touring exhibition organised in collaboration with the British Council.

Reality Check brings together sixteen of British art's rising stars, in an exhibition which presents the very latest developments in UK­ based photography and video installation. Each participating artist shares a belief in the camera's capacity to transform real experience - whether through re-enactment and visual replay, or through close observation and obsessive documentation - into the realm of the poetic. Reality Check is an exhibition inspired by real things in the real world - by events, people, relationships, places, things - while moving between differing levels of truth and imagination, perception and pretence. A 'reality check', that self­ conscious moment of taking stock, of gauging the actuality of something in the instant it threatens to dissolve into its opposite - hyper­reality, fantasy, fiction - stands as a metaphor for the exhibition, and ultimately, for photography itself.

Traditional portraiture works to encourage a sense of intimacy or empathy between subject and viewer. For many of the artists in Reality Check, an intense transaction occurs between photographer and subject, but one which stresses instead a feeling of deliberate detachment or manipulation. In Shizuka Yokomizo's Strangers series, the photographer never gets to meet her subjects, while the subjects can barely see the photographer - who lurks behind her camera outside their windows in the dark - yet each is strongly aware of the other's presence. Yokomizo's portraits are filled with a sense of fear, curiosity, or trepidation. She also contributes a stunning new video installation: a study of elderly people asleep, which takes us from high in the sky to the depths of the ocean.

Lesley Shearer makes dark, sinking, romantic portraits. She captures people at the moment that they slip from everyday awareness into a catatonic, dream state. Made monumental in scale, and bathed in a Caravaggiesque light, her portraits have a disturbing intensity. Conversely, Bettina von Zwehl's portraits are cool and classical. She subjects her sitters to different types of physiological manipulation - such as forcing them to vigorously exercise in a hot room - before recording their physiognomies in minute detail. The compositions are as beautiful as paintings; the approach as forensic as a scientist's. k r buxey and Michelle Williams put themselves, rather than others, in the centre of the picture. Both perform scenarios to camera, which, drawing on morbid or aggressive eroticism, make for uneasy viewing. Michelle Williams' Sunday Afternoon II summons a disquieting conjunction of death and bestial eroticism, while k r buxey's performed parodies of pornographic situations are defiantly hardcore and quite literally, in your face.

Photography might claim to be the Art of the Everyday, and it's unsurprising that British photographers - from Fox Talbot to Richard Billingham - have rooted their work in the world immediately around them. Nigel Shafran takes some of the most quotidian subjects imaginable - charity shop interiors, impromptu street markets, and the corner of his kitchen - and crafts a series of luminous still lifes which graft poetry onto the surfaces of the everyday. Ori Gersht brings a sense of Modernist painting to his study of 1950s post­ Blitz English school buildings. His rigorously composed panoramas chart a point where ideal aestheticism collides with the rough realities of British life.

David Shrigley, widely celebrated as a draftsman and occasional sculptor is less known for his superb photographs. These works document fugitive interventions made directly within the landscape. Shrigley's interventions mostly take the form of drawn and written signs which helpfully annotate bits of the world most of us would walk past: a hole in the fence, a fallen tree, a forgotten Filofax. Dryden Goodwin also finds the subject of his work in the world around him. Inspired by the spaces of the city and people he chances upon within it, Goodwin orchestrates gorgeous symphonies in video and sound, which examine the flux and anonymity of urban life.

Luke Gottelier and Saskia Olde Wolbers create architectures of the imagination, using real things to build spaces of fabulous invention. Luke Gottelier's lo­fi photographs tread a daring line between inchoate nothingness and eccentric imagination, as they conjure large vistas from materials as unpromising as a dollop of custard, a manky carpet and a piece of string. Saskia Olde Wolbers' narrative videos are prompted by tales of real­life human drama, onto which she embroiders fantastic, rambling stories, set against spectacular revolving landscapes. Her stories of individual calamity are parables about life in an increasingly technology­ driven world. Alan Currall is another teller of tall stories. His works are the video diaries of someone attempting to answer life's more awkward existential questions. Currall's self­ effacing, faltering delivery masks a wild imagination, and quite possibly, a superhuman existence.

Political and social complexities are addressed in Reality Check, but not in the form of simple realism. Phil Collins, for example, works against the grain of social documentary photography in order to question the truth of its images. Collins has made work in a Macedonian refugee camp, on the streets of Belfast, and, most recently, in the city of Baghdad. Here, he shows Becoming More Like Us, a study of the lives of young Serbs in post­war Belgrade. Former official war artist to Kosovo, Graham Fagen's work also addresses contemporary issues such as class and conflict: he refracts these subjects through the prism of older forms, drawing on classical theatre, the novel, and allegorical painting. Fagen presents Weapons, and a new series of photographs entitled Owners.

The most purely documentary work in the exhibition - in the sense that it exists simply to record an event in the real world - is supplied by the conceptual artist Keith Tyson. And yet Tyson's series of Expanded Repeaters could not look more dissimilar to traditional photography. Each is realised as a three­dimensional assemblage, in order to scrupulously record an invisible subject: 60 seconds of time, one degree celsius of temperature, one meter of movement. Roderick Buchanan's new video installation Harriers is also based on close, empirical observation. A group of long distance runners are filmed in the aftermath of vigorous training on a cold winter¹s night, to create a sequence of stunning, 'moving' portraits. 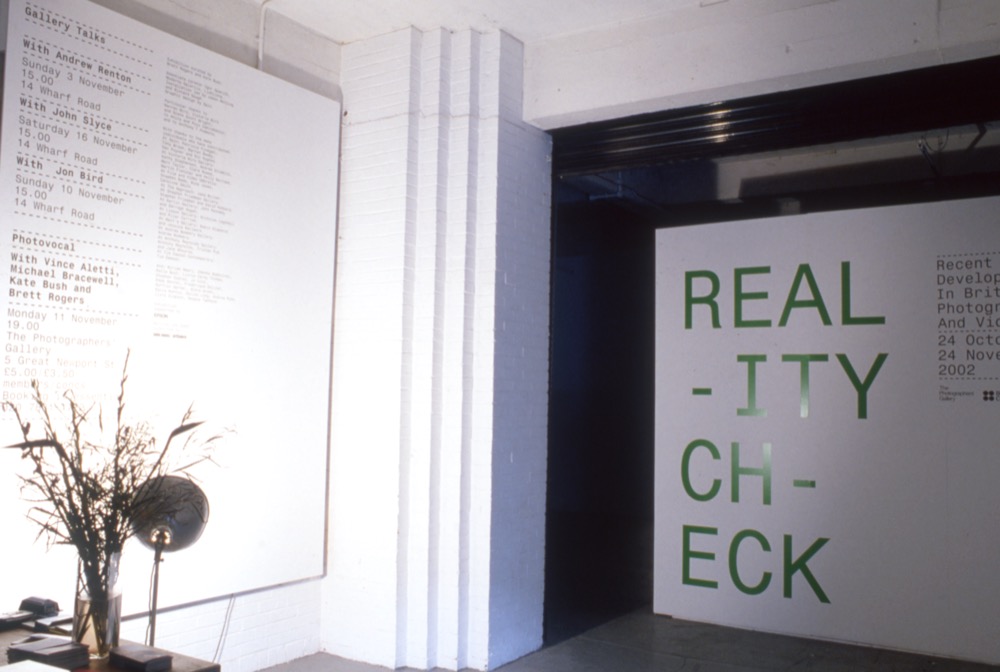 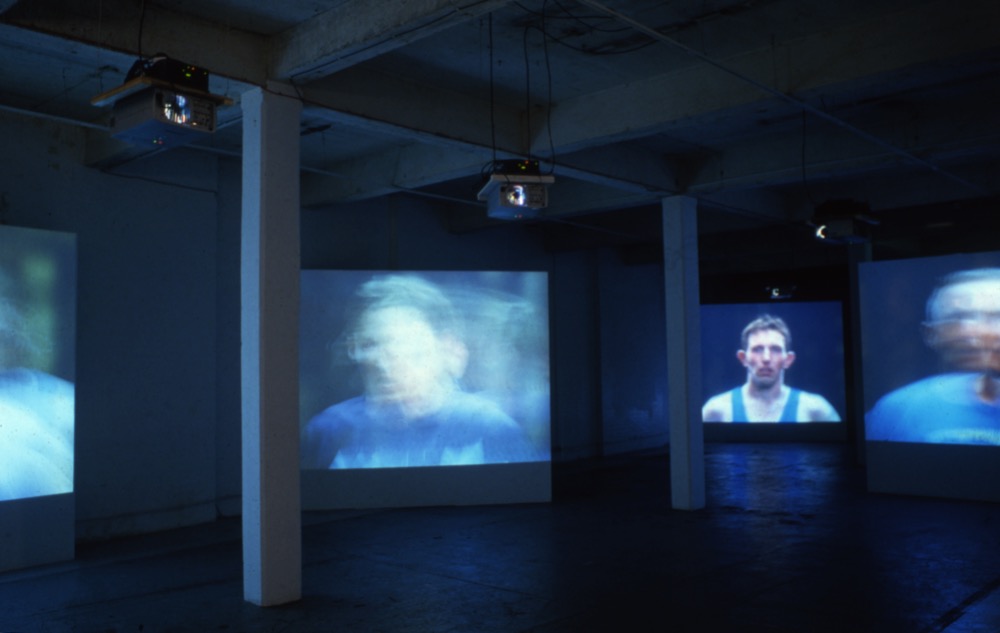 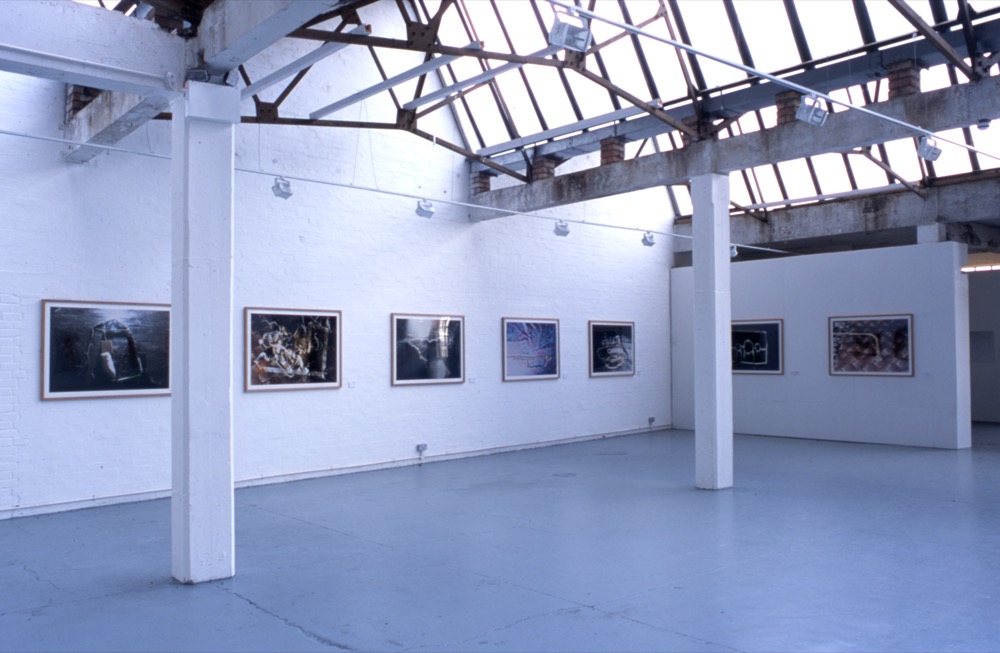 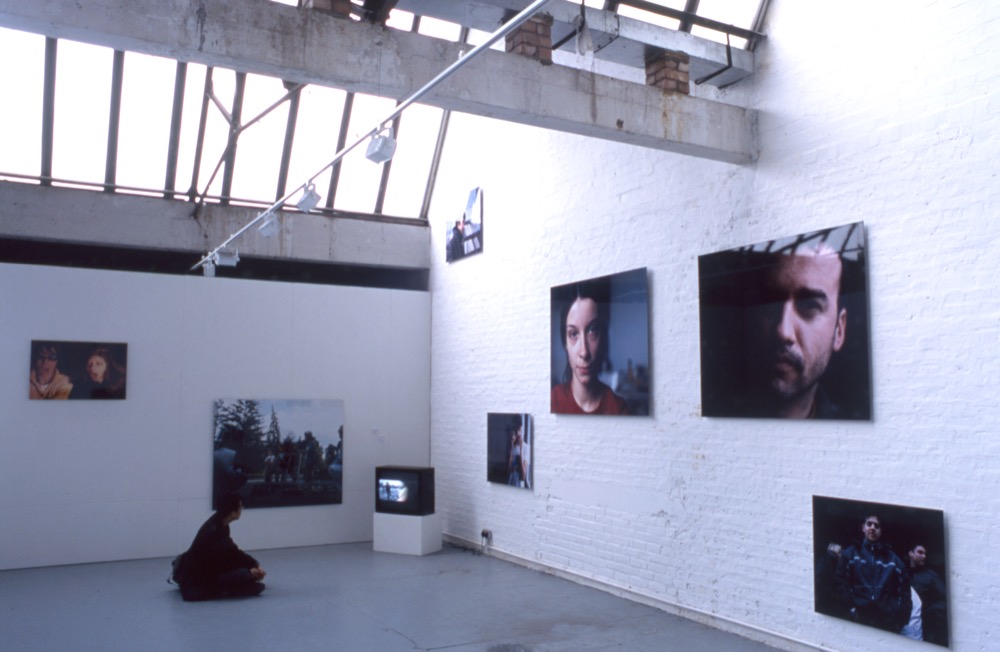 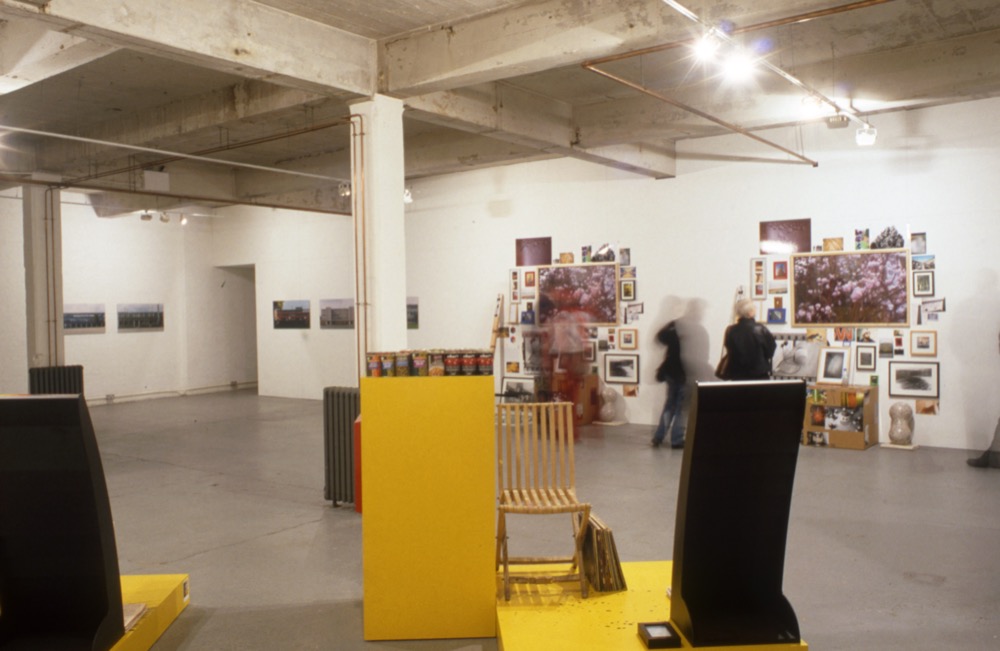 Reality Check is curated by Kate Bush and Brett Rogers, and is a collaboration between The Photographers' Gallery and The British Council.

The overseas tour of Reality Check is organised by the British Council and includes the following venues:

Roderick Buchanan's Harriers is a Film and Video Umbrella Touring exhibition commissioned in association with Cornerhouse, and supported by the National Touring Programme of the Arts Council of England and the Henry Moore Foundation.