The first flash photograph was taken in 1851 by Fox-Talbot, and his subsequent comments are remarkably far-sighted: "From this experiment the conclusion is inevitable, that it is in our power to obtain the pictures of all moving objects, no matter in how rapid motion they may be, provided we have the means of sufficiently illuminating them with a suddenelectric flash."

His photograph of a copy of The Times on a rotating disk, illuminated by an electric spark does not survive, and we have to wait a decade until the next significant development, Nadar's photographs of the catacombs of Paris, using electric light, and his photographs of subterranean canal construction using magnesium. Other pioneers in the 1860's were Charles Piazzi Smyth, Charles Waldack and Timothy O'Sullivan who took their cumbersome equipment into tombs, caves and mines and opened up new areas for photographic exploration.

It was not, however, until 1887 that 'flashlight', an instantaneous explosion oflight, was developed. In this year two German scientists, Johannes Gaedicke and Adolphe Miethe, produced a combustible mixture of powdered magnesium and an oxidising agent. At the same time the price of magnesium fell, and both magnesium ribbon and powder became widely available. A Swedish immigrant to the United States and Police Reporter named Jacob Riis read of the work of Gaedicke and Miethe and, inspired by a desire for social reform, began to photograph the slums of New York. Engravings from these photographs illustrated his seminal book, Haw the Other Half Lives, 1890. Although Riis only made some 400 photographs, his work succeeded in bringing about reform and is of lasting significance. Lewis Hine worked in a similar crusading spirit, beginning with photographs of immigrants at Ellis Island, and continuing with his documentation of child labour. His attitude contains a moral imperative similar to that of Riis. "The great social peril is darkness and ignorance ... Light is required - Light! Light in floods ... in this campaign for light we have for our advance the light writer - the photograph."

As well as depicting social abuses, flashlight was used by photographers such as Joseph Byron and Harry Ellis to portray the interior life of the city. Apart from providing fascinating documents of shop interiors, houses and high society in the 1890's, Byron used his skill to photograph more esoteric subjects and to become the leading theatre photographer in New York. Harry Ellis arrived in Paris in 1900, calling himself 'The American Flashlight Photographer', and proceeded during the next 20 years to photograph everyday life in the bars and street of Paris. Ellis' photographs of Bohemian life prefigure the work of Brassai who with the more versatile flashbulb, patented in 1926 by Paul Vierkotter, was able to investigate the 'underworld' of Paris by night. Brassai's work was inspired by the Surrealists and he was one of the first to appreciate and exploit the surreal possibilities of flashlight. Bill Brandt, himself influenced by surrealism was equally aware of 'the spell that charged the commonplace with beauty.' His photographs possess a strangeness; a melancholy quietness, as he explored the more familiar, domesticated world of the English.

Across the Atlantic, flashbulbs became the stock-in-trade of Life photographers and photojournalists. Margaret Bourke-White was instrumental in developing the technique of multiple flash to reduce the harsh shadows characteristic of flash, and the fill-in outdoor flash became a feature of photography in Life. At the same time there developed in photojournalism a kind of imagery that was harsh, almost cruel, in its intensity. In his introduction to an exhibition From The Picture Press, John Szarkowski wrote: "The character of flashlight from the camera is profoundly artificial, intrusive and minutely descriptive, and in the hands of a photographer who understands it, it produces pictures of startling economy and force." The work of Weegee with its crude immediacy is preeminent but not without parallel in this field.

In 1931, 80 years after Fox-Talbot's experiment, Professor Harold Edgerton developed the High Speed electronic flash. Invisible moments could now be made apparent, and Edgerton became well known for his photographs of a drop of milk, and a bullet in flight, as well as for his use of the stroboscope to illustrate the successive movements of objects or people in motion. Working with Edgerton, Gjon Mili took his first high speed photograph in 1937, and went on to pioneer its use in reportage photography. Diane Arbus acknowledged the influence of Weegee and was well aware of the disconcerting, revelatory nature of flashlight: "One of the excitements of strobe at one time was that you were essentially blind at the moment you took the picture. I mean it alters the light enormously and reveals things you don't see." The fierce, unequivocal light of the flash became an important part of her visual vocabulary, revealing personality with a disturbing frankness. Arbus' mentor, Lisette Model, like Weegee before her, made a remarkable series of photographs of Sammy's Bar in the Bowery. Her influence extended to Mary Ellen Mark whose Bar series was made in the mid-1970's, and to her pupils RosalindSolomon and Larry Fink both of whom frequently use flash. The myth of available light put forward by Cartier-Bresson as a paradigm has largely been undermined by photographers such as Eugene Smith and Lee Friedlander who consider flash to be 'available light'. The subtle use of fill-in flash to highlight or reveal detail is evident in the work of Roger Mertin and Tod Papageorge in whose outdoor work the flash is virtually unnoticeable.

More recently there has been a tendency to use flash in daylight to create a sense of drama or movement. Mark Cohen pioneered this technique in the early 1970's, and has since been followed by photographers such as Jim Bengston, Ricardo Gomez-Perez and Heiner Blum. Another development has been the surreal combination of natural and artificial light evident in the work of Gasho Yaroaroura and Douglaz Baz.

Except for Ellis, no-one has ever labelled themselves a 'flash photographer', but flash has for a long time been a vital element in photography, creating or supplementing light, and revealing invisible, hidden, or previously unseen worlds. 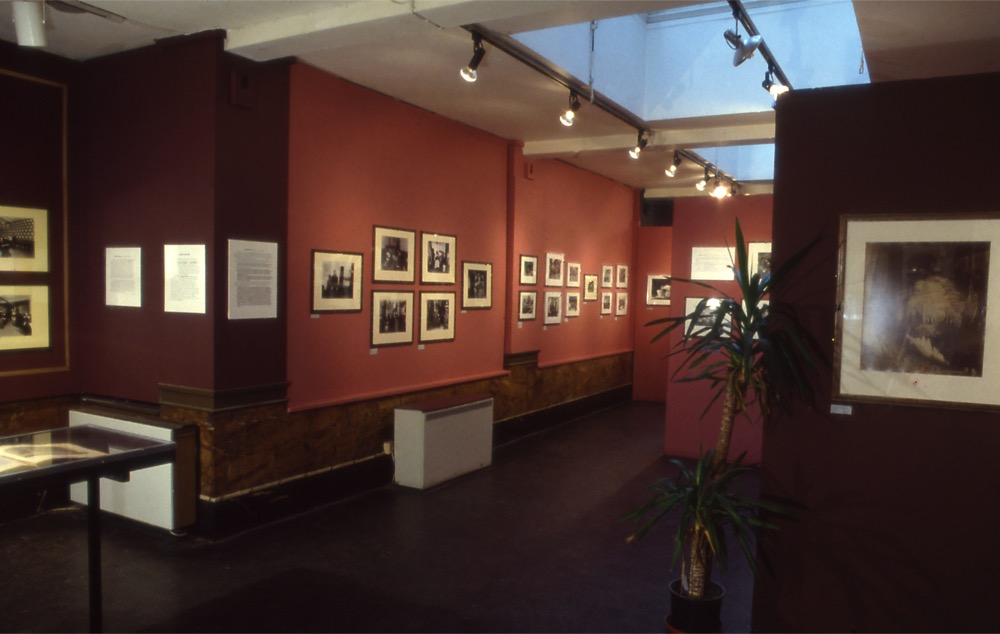 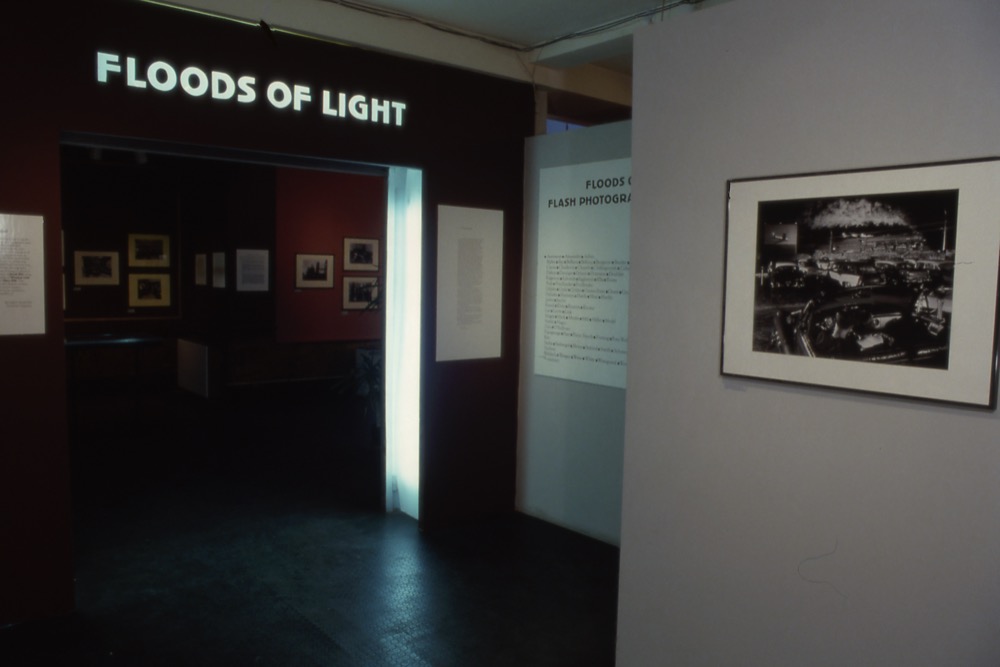 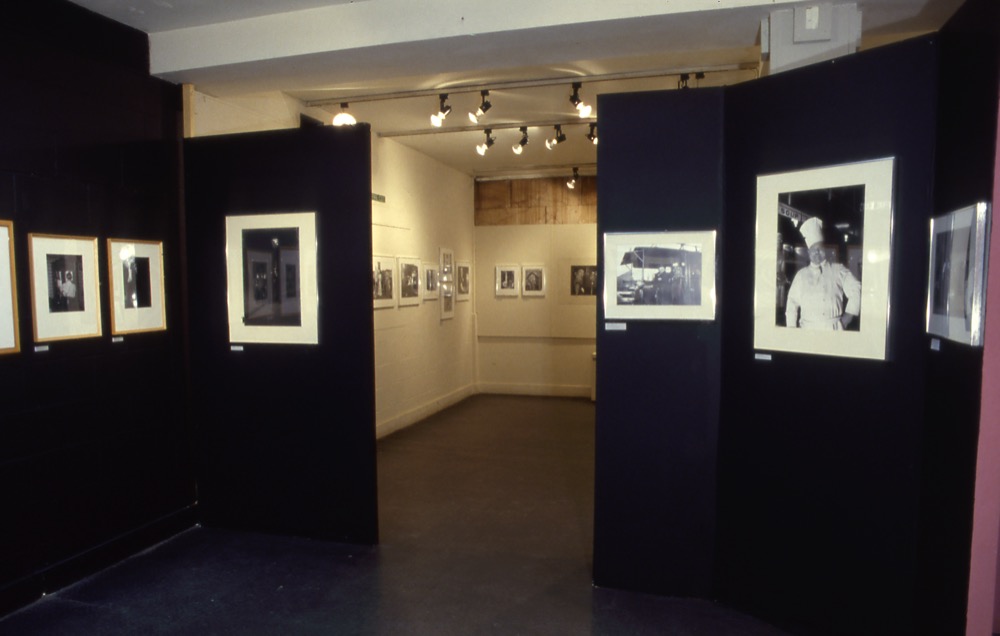 This will be the first exhibition of its kind ever to be mounted and will be divided into five sections covering the development from Magnesium to Electronic Flash, and including documentary, reportage, creative and commercial work.

A catalogue containing more details will, however, be available during the exhibition, with 60 half-tones and essays by Valerie Lloyd and David Mellor.
ISBN: 978-090787901