At the turn of the century, nearly 11 million square miles of the earth's surface was ruled by Britain and the diverse people from colonies like India to Jamaica were born British citizens. The 1948 Nationality Act enshrined the rights of people from colonial countries to live in Britain and during the immediate post-war period citizens from the Caribbean and the Indian sub-continent came to work in the industrial heartlands of the Empire.

Home Front is about the Black Empire coming 'home' to a nation already in post-imperial decline. Instead of receiving their birth right and equal citizenship they became unwanted immigrants. The photographs in this exhibition, taken since 1980, explore their experience in Handsworth, Birmingham. Handsworth is unique. Jamaicans rub shoulders with Punjabis; the old white ladies from the cake shop queue in the post office beside Bengali seamen. On Sundays, Sikhs, Muslims, Buddhists, Hindus, Catholics, Pentecostalists along with other denominations, sing praises to a God who appears in many forms and guises. In school and on the street, a new generation of Britons with a cultural heritage from Kingston to Karachi are making their voices heard.

Salman Rushdie in his introduction to Home Front (published by Jonathan Cape. ISBN: 978-0224022552) writes: "These are images of people who have for centuries been persecuted by images. The imagination can falsify, demean, ridicule, caricature and wound as effectively as it can clarify, intensify, and unveil, and from the slaves of old to the born-British children of the present, there have been many who could testify to the pain of white society's view of them. Fortunately, white society is no homogenous mass. After all, we have here the work of two white men, and it is sensitive knowledgeable work..." 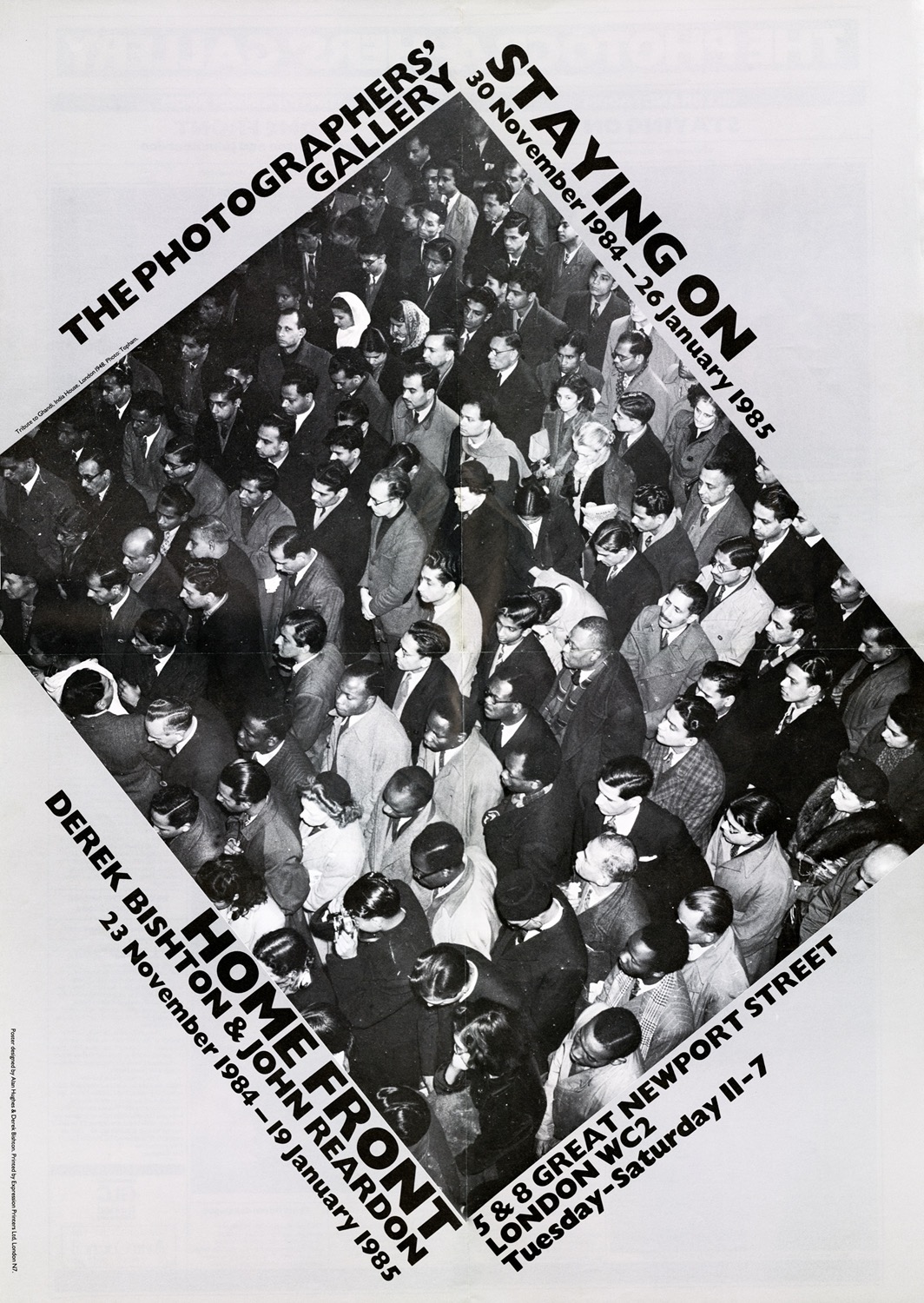 Derek Bishton became a journalist after reading English at Cambridge, working first in Newcastle-upon-Tyne, and then Birmingham. He left newspapers to co-found the Sidelines agency in 1976 which specialised in work with alternative and community organisations. Since 1972 he has been working as a freelance writer, designer and photographer. He is a founder member (along with John Reardon) of Ten.8 photographic magazine and his published work includes Talking Blues and The Sweatshop Report.

John Reardon has been a freelance photojournalist since 1979. Initially he worked as a member of Sidelines, but since then has contributed to national newspapers, especially The Times and the Observer.

Staying on: Immigrant Communities in London

Five Years with The Face