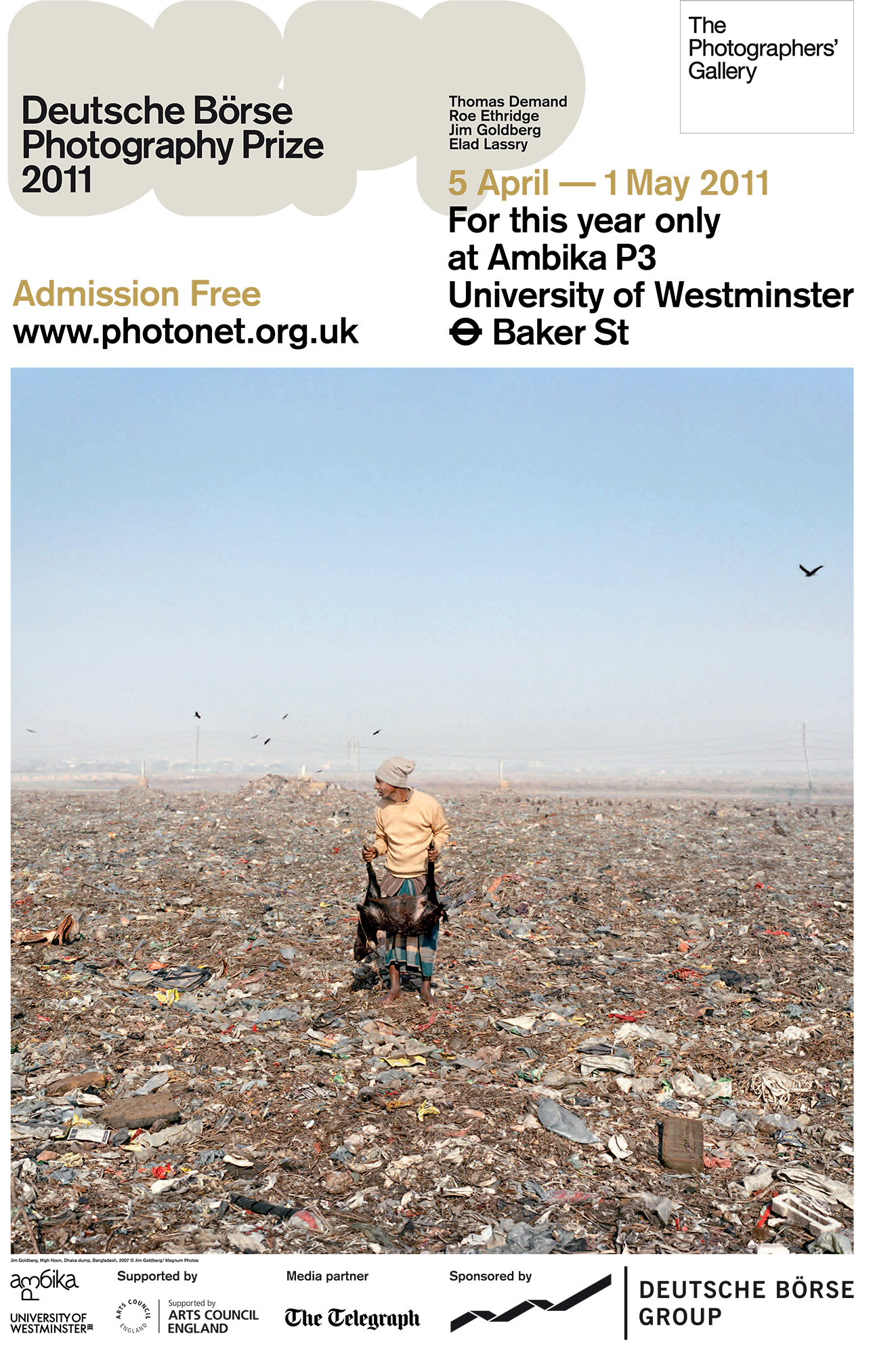 The Deutsche Börse Photography Prize rewards a living photographer, of any nationality, for a specific body of work in an exhibition or publication format, which has significantly contributed to photography in Europe in the previous year before being nominated. The award was set up in 1997 and awards the winner £30,000.

The price was presented by The Photographers’ Gallery, London. The Prize was shown at Ambika P3 at the University of Westminster, 35 Marylebone Road, London NW1 from Saturday 5 April until Sunday 1 May 2011. Later in 2011 the exhibition was shown at the C/O Berlin and at the Deutsche Börse headquarter The Cube.

Over the past two decades, Thomas Demand has developed an extensive body of work exploring the relations between fiction and documentary. He reassesses the narratives of 20th century history and their place within collective memory, often highlighting the more banal and unassuming sites that nevertheless resonate with social, political and cultural significance. Demand meticulously re-creates images, taken from the media or his personal memory, as lifesized paper sculptures. This process culminates in the taking of the photograph after which the original sculpture is destroyed. While these paper ‘sets’ are convincingly real, the omission of any people within them and the inclusion of small imperfections from their production create strangely unsettling images. Demand conceives of each exhibition as a three-dimensional installation, often working in close collaboration with architects and designers. At P3, Demand presents an adaptation of a collaborative installation, undertaken with British architects Caruso St John, that used floor length curtains as a backdrop for his works at Neue Nationalgalerie in Berlin. Thomas Demand (b. 1964, Germany) has been nominated for his solo exhibition Nationalgalerie at Neue Nationalgalerie in Berlin (18 Sept 2009 – 17 Jan 2010). 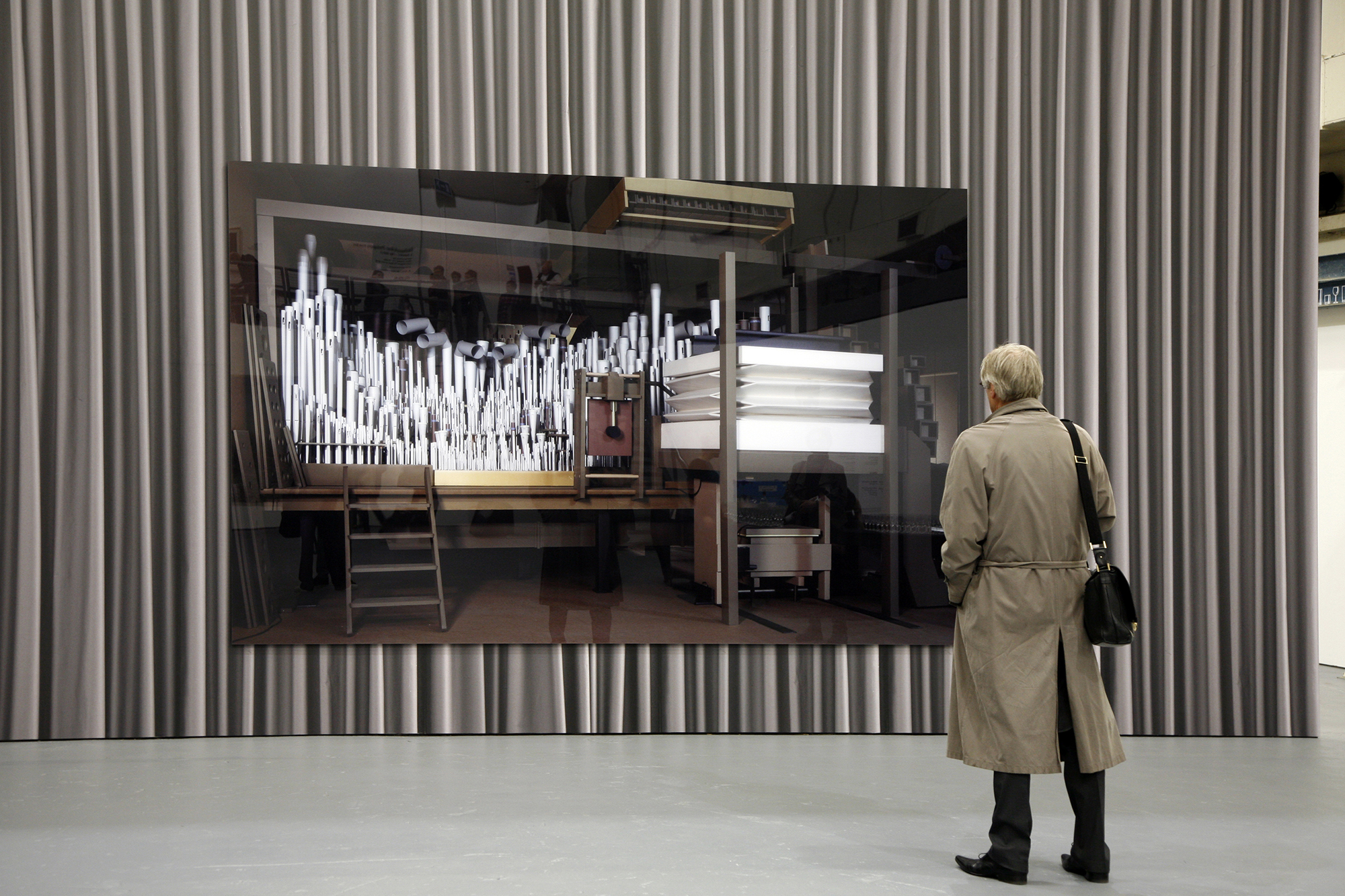 Roe Ethridge openly plays with the construction of imagery and has developed a diverse and eclectic body of work that includes fashion-style portraiture, deadpan suburban domesticity, landscapes and brightly coloured still-lifes. His distinct, yet elusive and poetic groupings create new associations and acknowledge the arbitrariness of the image and image making. Ignoring hierarchies or pre-existing canons by embracing the fluidity and elasticity of photography, Ethridge decided to ‘get the typologies wrong’ and began to readily mix his editorial and commissioned assignments with his ‘fine art’ photographs. Inherently critical and even humorous about the medium he once said, “Images are redundant and I am implicating myself as part of that redundancy”.

The groupings of photographs ultimately remain inconclusive and deliberately blur the boundaries of the mundane with the high brow. In this way, Ethridge’s conceptual approach to photography is a playful attack on the traditions and conventions of photography itself. 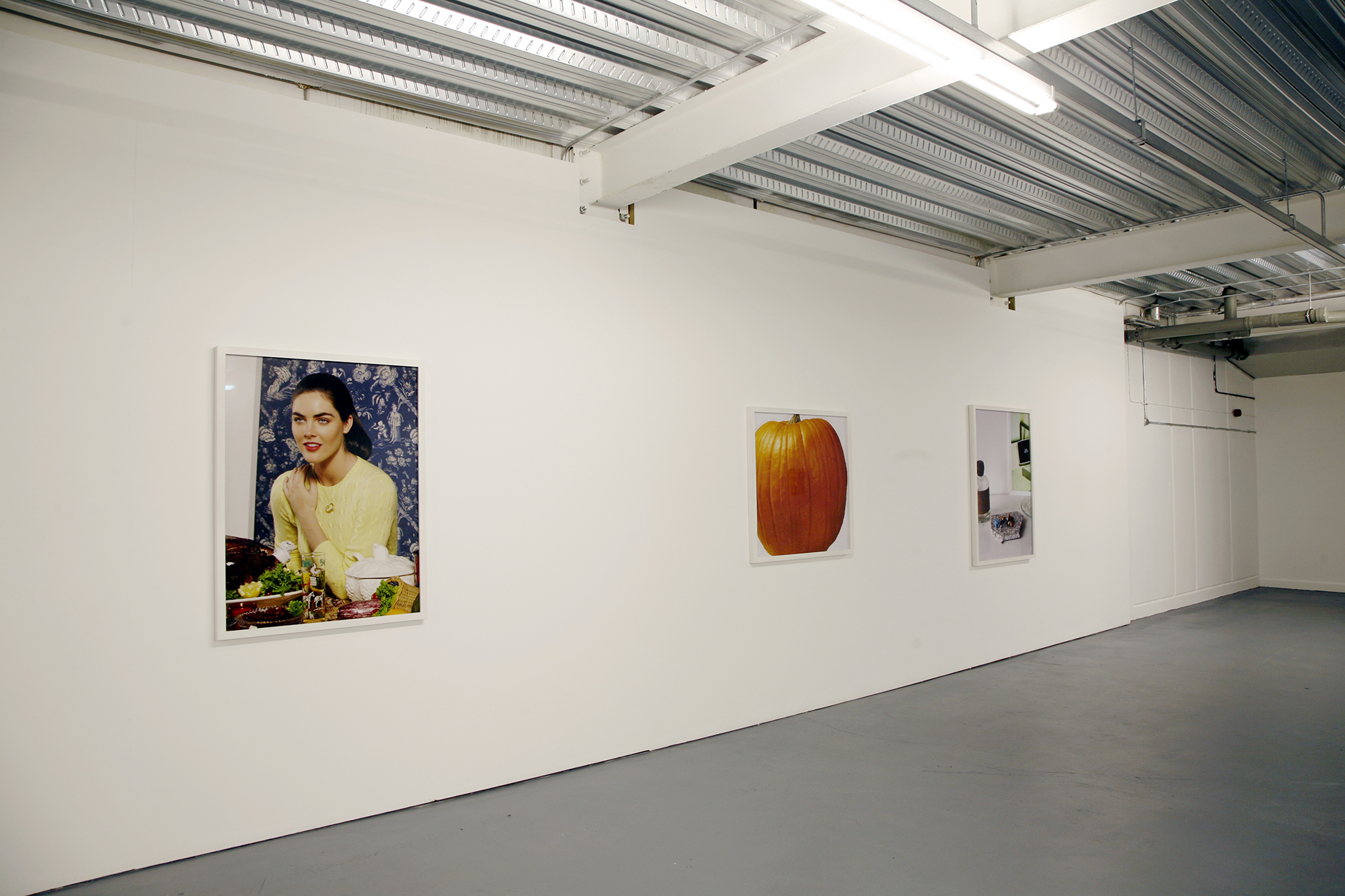 Over the last 30 years, Jim Goldberg has produced several long-term and in-depth photographic collaborations with people who live on the fringes of society and whose issues are often neglected or ignored.

His seminal body of work, Rich and Poor (1977 – 1985), highlighted the differences in America’s class system and was the beginning of his ongoing experimentation of combining words and images to create powerful collages that transcend traditional documentary practices. This was further developed in Raised by Wolves (1985 – 1995), a compassionate, scrapbook-style account of adolescent life in America. His latest project Open See (2003 – ongoing), a selection of which is exhibited here at P3, took him away from the USA to document and recount the experiences of refugee, immigrant and trafficked populations who traveled from devastated countries to make new lives in Europe.  Mixing Polaroids, video, written text, ephemera and large, medium and small format photographs, Goldberg‘s multi-layered approach to photographic storytelling reflects on issues of migration and the conditions that create it. 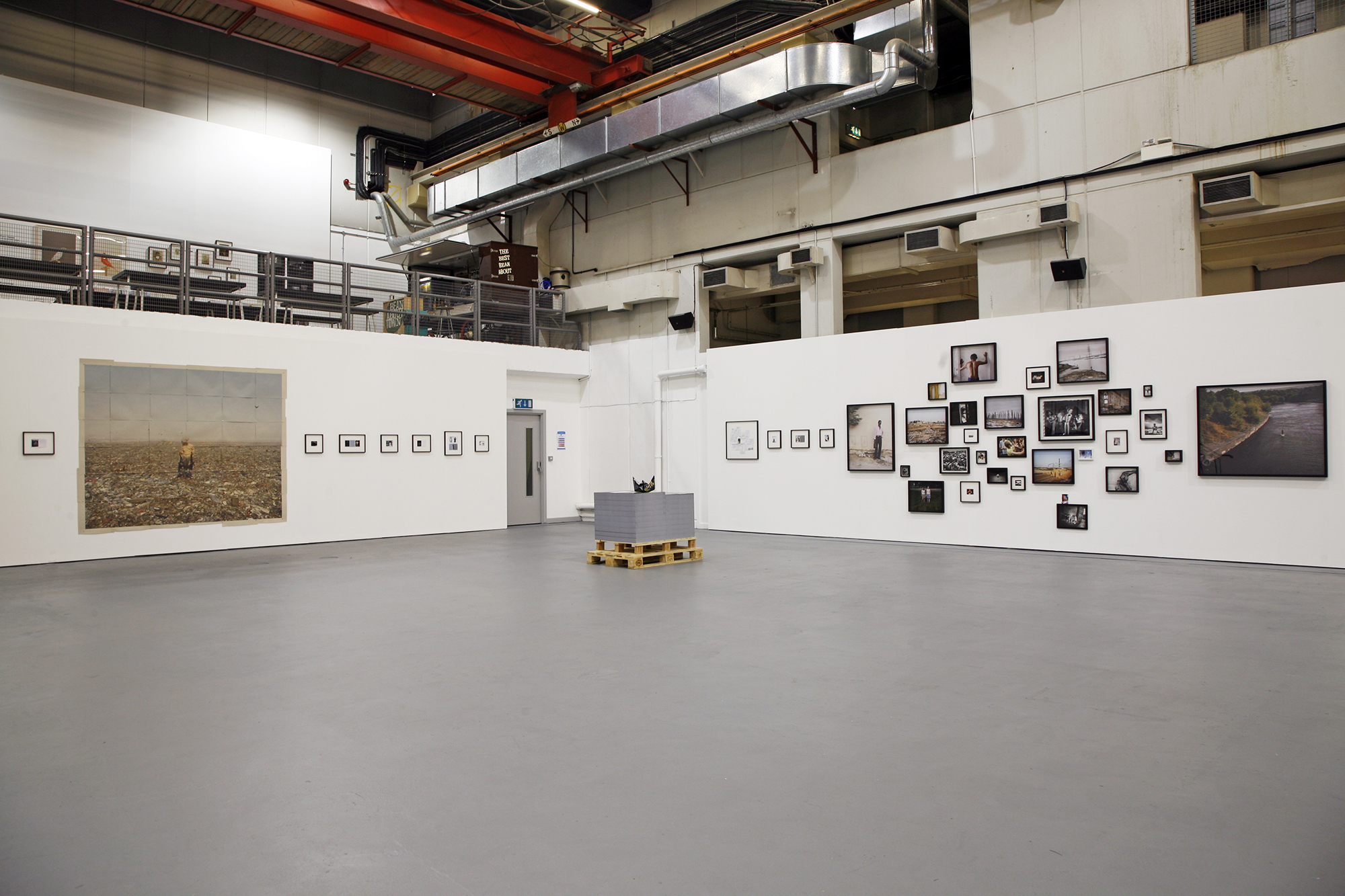 Elad Lassry’s small-scale works slip effortlessly between photography genres and subjects, often depicting plastic still-lives, publicity portraits, collages, animals and landscapes. Film and paper-based source material serves as the inspiration and departure point for most of his work. Thoroughly familiar and ‘empty’ at the same time, his playful yet uncanny images move beyond ‘photography’ as a medium and instead ask us to revisit the perceptual experience of a picture. Overwhelmed by their own intensive colours, shapes and patterns, the images effectively merge their representation with their abstraction. Lassry also works as a filmmaker and has made several silent 16mm films, including Zebra and Woman (2007) and Untitled (Passacaglia, 2010) shown here at P3. Rather than forcing direct relationships between the works – narrative or otherwise – he describes them as “each becoming their own world”. Yet shown together, Lassry instigates a dialogue between still and moving images, exploring the nature of pictures and their history of presentation. 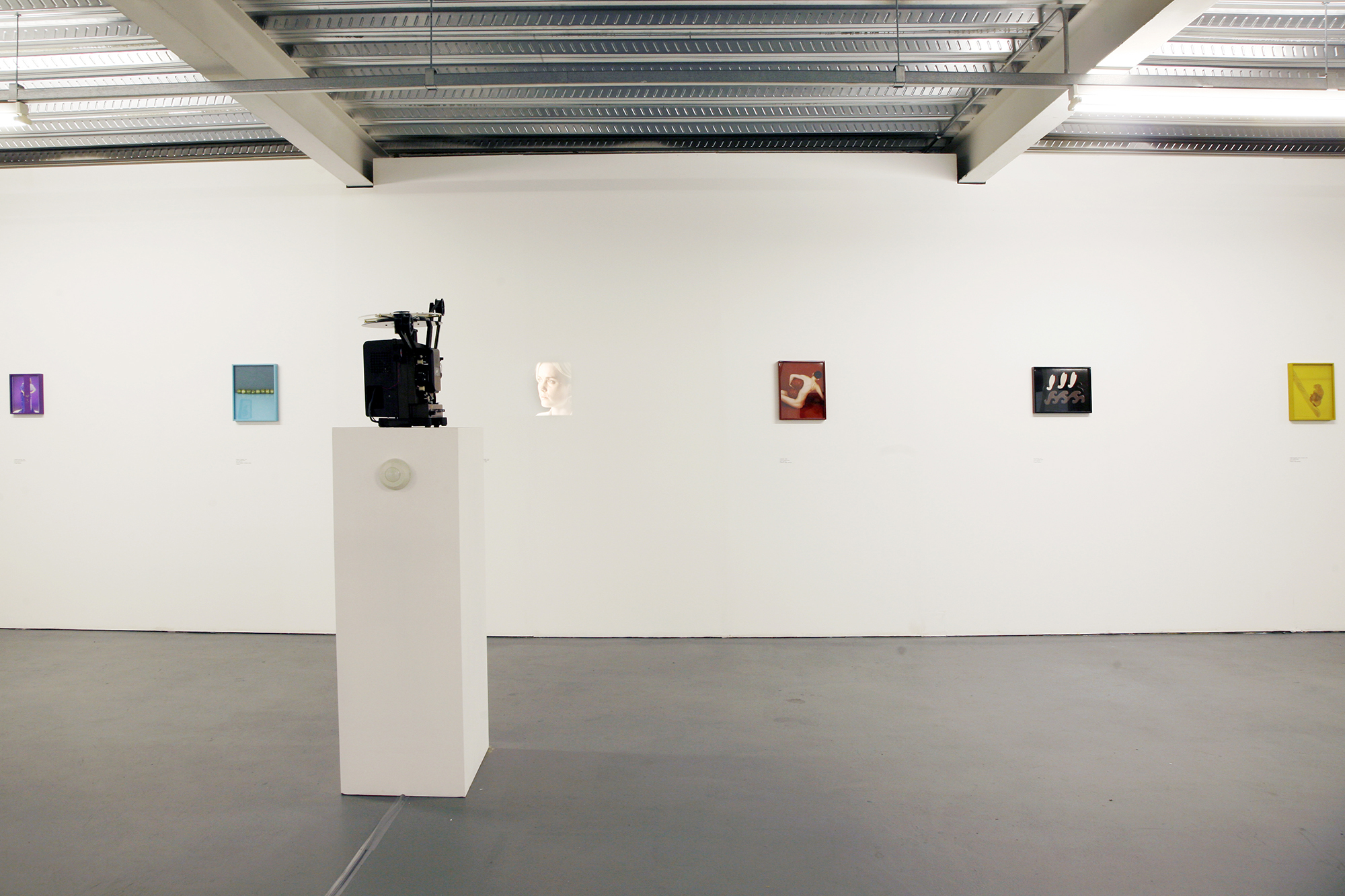 The winner of the Deutsche Börse Photography Prize 2011 was Jim Goldberg.