In the Print Sales Gallery

Please note: the Print Sales Gallery is currently closed until further notice. If you have any enquiries, please contact printsales@tpg.org.uk and we will respond as promptly as we can.

This new series of prints from Japanese fine art photographer, Miho Kajioka (b.1973), explores the ancient Japanese tradition of tanzaku.

Originating from the 14th Century, tanzaku are small vertical poem cards following specific dimensional standards based on the principles of the Golden Ratio. Like tanzaku, Kajioka’s intricate works, rich in contrasting tones, invite the viewer to reflect upon the spaces between the lines and echoing the literal etymology of the word photography they create visual poems drawn by light.

Kajioka is known for her ethereal, delicately hand-finished silver gelatin prints, carefully softened at the edges, and stained with inks and tea to make uniquely gem-like photographic works. This meticulous process is also reflected in her award-winning photobooks, of which she often makes hundreds of prototypes before deciding on a final version.
Miho Kajioka lives and works in Kyoto. Before taking up photography, she studied fine art in the United States and Canada. Her photographic practice is informed by her fine art background. Since 2013, her work has been exhibited internationally in the United States, France, the Netherlands, Colombia, the United Kingdom, Italy, Germany and Spain. In 2019 she received the prestigious Prix Nadar for her latest book, So it goes. 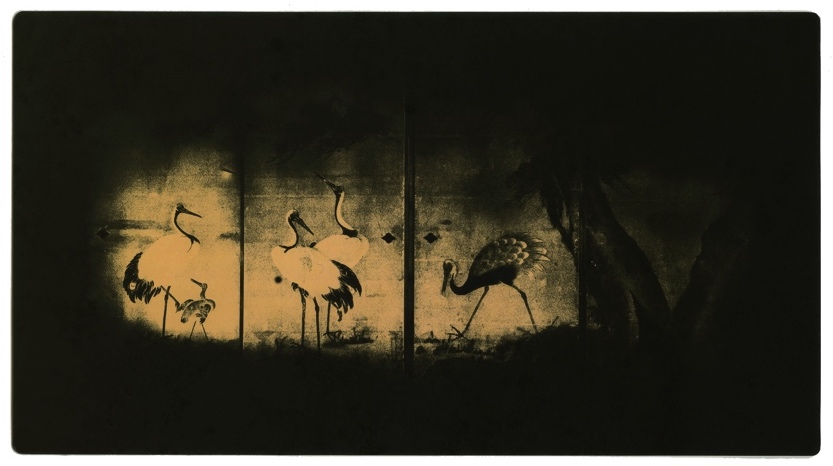 All works in the exhibition are available to purchase.