Join the American civil rights photographer for this special talk

Known for her work during the Mississippi Civil Rights Movement, this is a unique opportunity to hear from activist and documentary photographer Dr Doris Derby. Derby is widely recognised for her explorations of Black history and culture, producing thousands of photographs documenting the struggles and hopes of African Americans from the 1960s through to the 1970s. This talk will be chaired by artist Hannah Collins.

This public talk coincides with the 81-year-old’s inclusion in We Will Walk – Art and Resistance in the American South at Turner Contemporary in Margate, which features a selection of these photographs. Conceived and curated by artist Hannah Collins, and co-curated by theorist and researcher Paul Goodwin (UAL), the exhibition is open 7 February to 3 May 2020. 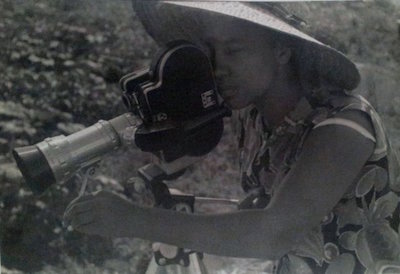 Hannah Collins was born in London in 1956. From 1989 to 2010 she lived and worked in Barcelona, and today lives between London and Almeria, Spain. Collins has received many awards including a Fulbright Scholarship, a Turner Prize nomination in 1993 and the Spectrum Prize in 2015.

Her body of work includes photographs, films, written texts and books. She is known for her work in expanding the fields of photography and film. Her works are embedded in historical and social frameworks with a wide range of subjects and geographical locations. Her involvement in a body of work often continues over many years. Her work is held in many public collections such as the Pompidou Centre, Tate Modern, Walker Art Center, Dallas Art Museum, Sprengel Museum and Reina Sofia Museum, among many others. Most recently in 2019 Collins had solo exhibitions at SFMOMA and the Tapies Foundation.

Growing up in New York in the 1950s provided Dr Doris Derby the inspiration, time and opportunity to study and associate with African American artists, writers, dancers and scholars.  During her first year in Mississippi in 1963, as a teacher and Civil Rights worker, she produced paintings and poems related to her experiences there. She co-founded a repertory theatre, the Free Southern Theater, a cultural arm of the southern Civil Rights Movement; and from 1966 to 1972 Derby was involved with Southern Media, Inc, a documentary photography and film groups.

Dr Derby holds an MA Degree and PhD in Cultural Anthropology focusing on African and African American Studies. In 1990 she joined Georgia State University as Founding Director of African American Student Services and Programs, and served as an Adjunct Professor in the Anthropology Department. Dr Derby has since retired to resume her work as a documentary photographer, film executive producer and lecturer. Over the course of her career she has produced thousands of photographs of the struggle, history, culture, status and visions of black people in America. Dr Derby currently resides in Atlanta, GA, and is married to actor and army veteran Bob Banks. They are both active in their community. She is a long-time member of many organizations including Sistagraphy, a Black Women’s photography collective in Atlanta, GA, that just celebrated its 25th Anniversary.

By booking for this event you agree to our Terms & Conditions