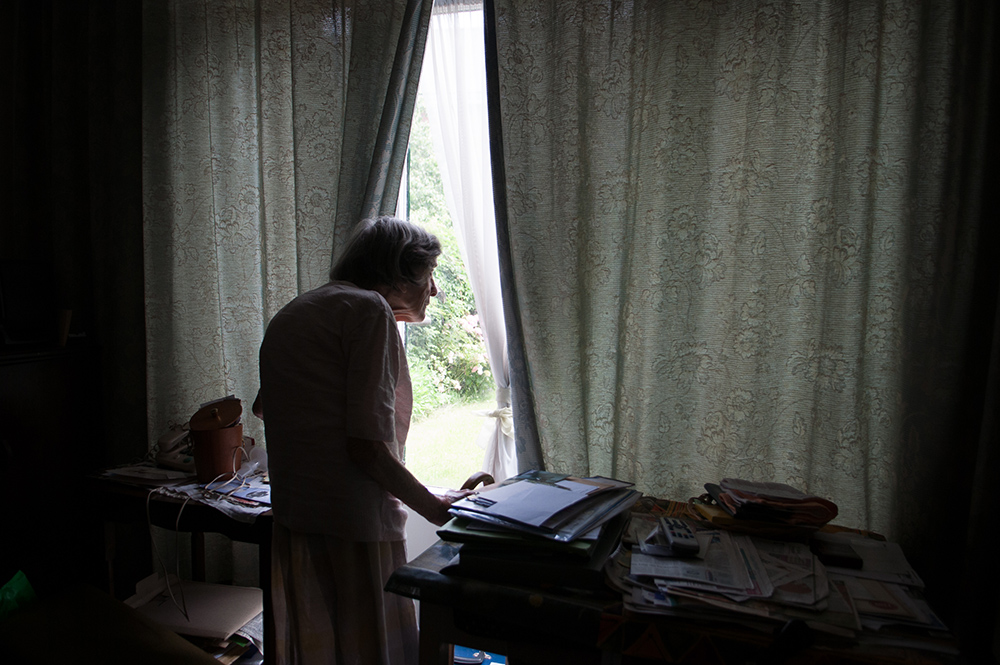 “I first met my neighbour Olive at our street party over five years ago. She was the oldest resident on our street and we had asked her to open the party. She was 85 then and already quite frail. Over the coming years the neighbourhood would look out for her and make sure she was okay; but as time went on she began to fall and the coming and going of the ambulance became more and more frequent. I started to see her more regularly and help her out with shopping and just keeping her company.

Like all of us, Olive didn't want to be forgotten, she wanted to leave something behind. She had so many collections, including bookmarks, Royal memorabilia, stamps, postcards and lots more. She also wrote poetry, which was her biggest love. I said that I would make a book of her poetry and also asked if I could take some photos of her and her possessions. This she agreed to with enthusiasm. Over the following 3 years we would meet regularly and she would tell me stories of her life and I would take photographs."

Family Photography Now, directive and week 25: Take a photograph of those (friends or family) whose support & care has been especially important to you, through life, illness & difficulty

“I was forced to retire with Parkinson's Disease in 2005 at the age of 54. All my hobbies were quite lonely pastimes; I missed contact with people.

By chance I started a project “Over the Hill” which involved me being photographed by over 400 different photographers during the last 9 years and which has been instrumental in helping me cope with my condition and, rather than feeling an outcast, it turned out to be an incredibly therapeutic experience. I really feel that the photographers are like a 'family' who have provided me with a reason to live a life in circumstances where otherwise l might have succumbed to the illness rather than keep it at bay.”