The below essay was commissioned for Loose Associations vol. 4:3, a printed reader edited to accompany the exhibition Roman Vishniac Rediscovered.

In 2018 the UK experienced its hottest summer in years. The effects were multitude. Week after week of relentless sun not only dimmed human activity but played havoc with the land, causing wild fires and scorching crops and plants. The withered land also revealed many lost archaeological sites enabling archaeologists and hobbyists to discover ancient farms, settlements and Neolithic monuments. These hidden layers of past cultures appeared at a time when Britain continues to struggle through one of its most significant and divisive political reforms: Brexit.

This unique moment in history has exposed a crisis of British identity, around which debates about nationality and sovereignty fervently circle. At its extreme, the build-up and fall-out from the referendum in 2016 has provided a platform for rhetoric, which sits uncomfortably close to that deployed in 1920s Germany. A time when Russian-American photographer Roman Vishniac was beginning to photograph the world around him.

When I discovered this early body of work, I felt I had similarly come across lost layers; fragments of a previously hidden spatial continuum. Although Vishniac had many photographic lives – meticulously uncovered and reconstructed by the curator Maya Benton – I was drawn instinctively to his photographs on the streets of Berlin. The city that was also my home for many years.

It was in the 1920s, after the Russian Revolution, that Berlin became Vishniac’s new home: a home where he, and many others, would soon become unwelcome. The horror of future events may not yet be evident in the images he took during this era. But his photographs of the streets of Berlin appear as if shot through Fritz Lang’s camera, creating a ubiquitous feeling of ill-defined unease.

When Siegfried Kracauer described the difference between art and photography, and the shift from interpretation to documentation in 1927, he wrote: “For in the artwork the meaning of the object takes on spatial appearance, whereas in photography the spatial appearance of an object is its meaning.” Vishniac’s images show this shift as they record social changes in pre-war Germany, but they also indicate that the meaning of a photograph is not fixed. The meaning of Vishniac’s work in Berlin – as well as his famous images of Jewish communities in Eastern Europe from 1930–1938 – transitioned as their historic context changed.

Primarily these later images were made to boost support for the Jewish relief organisations who commissioned the photographer to travel to Eastern Europe and capture deprived Jewish communities. The specific purpose of his photographs had already changed as war progressed and, inevitably, as the destruction of these communities became known, they became an epitaph. Later their meaning changed again, with their inclusion in Edward Steichen’s ground-breaking humanist exhibition ‘The Family of Man’ (1955). This show was “designed primarily to show man to himself, to document our changing lives and to make us aware of the beauty, the pain, the compassion and the loneliness around us and in all our lives.” Steichen, Cornell Capa and others were interested in the ability of photography to document life and to represent a shared humanity. Heinrich Böll wrote about this ‘concerned’ photography: “There are moments in which the meaning of a landscape and its breath become felt in a photograph. The portrayed person becomes familiar or a historical moment happens in front of the lens; a child in uniform, women who search the battlefield for their dead. They are moments in which crying is more than private as it becomes the crying of mankind. Secrets are not revealed, the secret about human existence becomes visible.”

The artistry of Vishniac’s images rests in the layers of their potential meaning, in the multiplicity of their interpretational yield. He was very much aware of the images ability to transform within changing contexts, how it can be tied to history or reset into generalised ideology, even mythology. In his publication A Vanished World, he often used captions that were not necessarily factually correct, but would describe a shared sentiment. The designer Michael di Capua stated that Vishniac was “a mythmaker of his past – telling stories that were better than what really happened”. This quality of the photographic image to tell different stories while also representing the slippages between meaning and factual document in its varying forms is visible throughout Vishniac’s photographic oeuvre.

For me, Vishniac’s images of Berlin have come to represent the many layers of the city’s history – witnessing its change from an intellectual, multicultural metropolis to a closed society that was ultimately home to a Fascist regime. In light of this, even the earliest pictures become warning signs. Over this summer I often struggled to understand what was actually happening to the world and to untangle the many – seemingly competing – realities. Maybe through uncovering and excavating layers of our shared history, we can begin to understand them equally under their own terms as well as our own.

Anna Dannemann is Senior Curator at The Photographers' Gallery 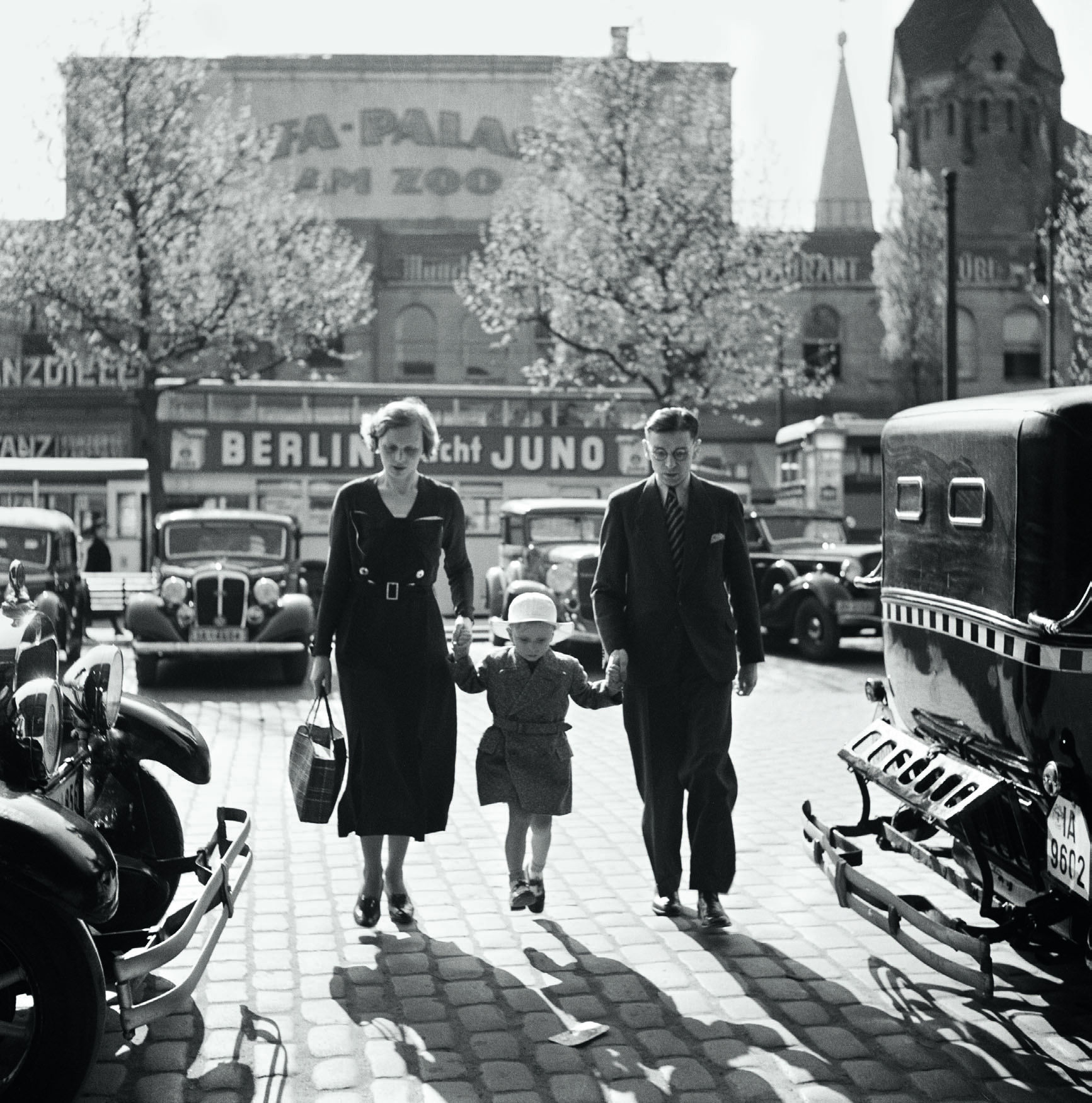