A Story Behind A Photograph by Jannell Adufo

Tenth in the series of commissions for Develop at Home - a digital programme of articles, interviews and resources to help us stay connected, inspired and informed at this time - Jannell Adufo sharing a story behind her photograph Our Youth. 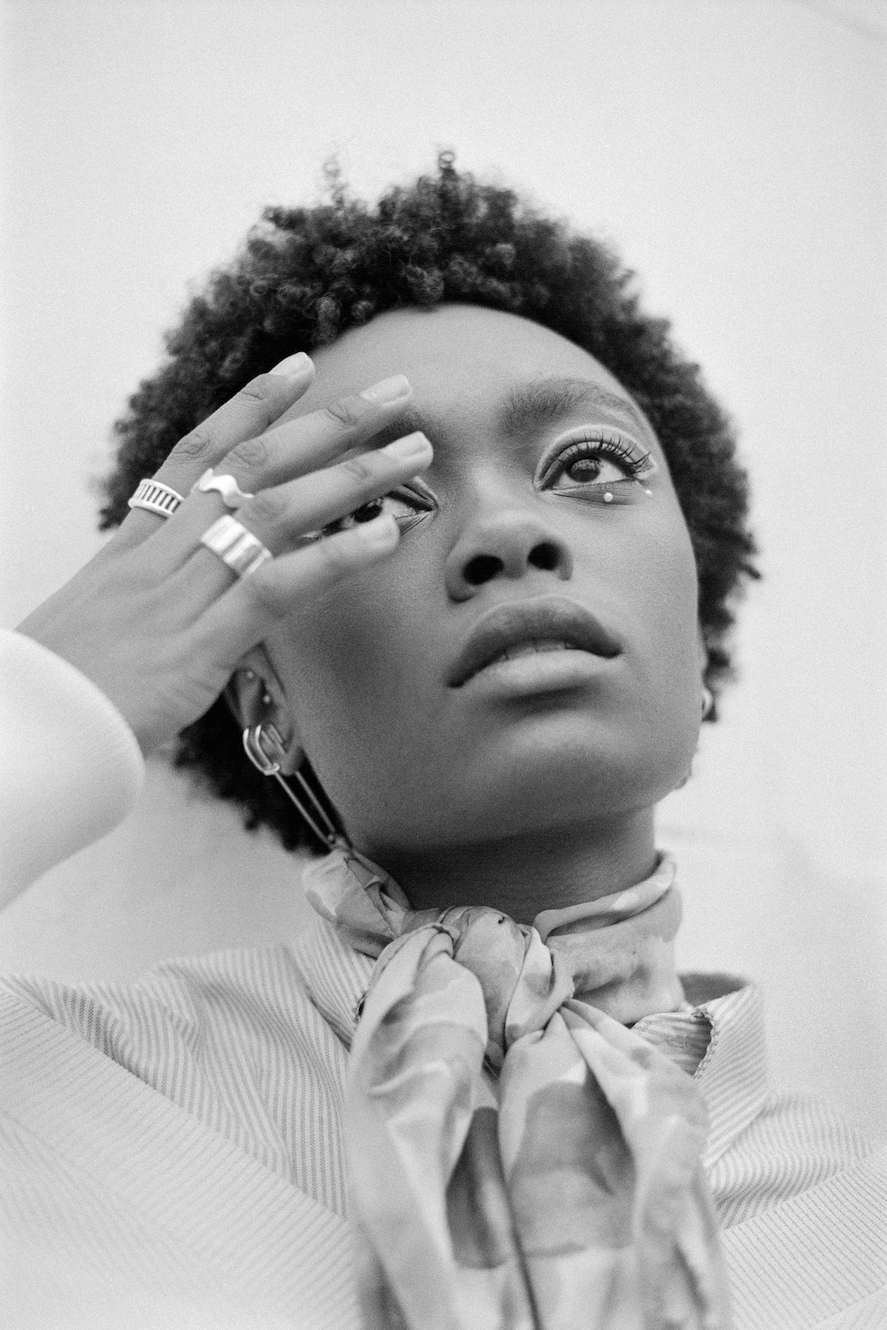 This photograph was taken in an alley by Finsbury Park, North London. It is a portrait of my close friend Kenechi Amamgbo. It was captured for my university student style magazine brief, in which I explored how the style of the current typical "youth" fashion culture has changed based on the fashion of previous eras. The overall project consisting of a collection of six images created with founding research of photographers such as Andrew Nuding and Adrienne Raquel and magazines like Dazed, AnotherMag and i-D. This image happens to be an outtake which I shot on 35mm black and white film.

The first layer of this image is the aesthetic. Euphoria style makeup with soft pearl details, excessive jewellery, preppy fashion and a natural fro. At second glance the image feels really soft, subtle and delicate which speaks to one of my first Easter eggs, 'The Black Woman'.

‘The Black Woman’ is a theme I repeated throughout the main project, by juxtaposing representational clothing with the figure of the black woman in today's society like head to toe black corporate style clothing with the lack of black female representation in the workplace. In this case, I was hinting to the fact that Black woman are often labelled as angry, aggressive and loud when speaking from places of passion which is the complete opposite narrative that the tone of this image gives off.

And finally, the third layer with the central Easter egg - cultural appropriation. This I did in an underlying mocking tone to the idea of appropriating "white culture". I deliberately chose "preppy" clothing to not only reinforce the concept of how modern fashion trends are an ever-revolving adoption of popular clothing from past eras but also to create an image of a black person wearing what may be deemed as frat boy 'white culture'. Overall hinting to the importance of acknowledging actual cultural appropriation and it's harmful narratives to the perception of black people compared to their white counterparts, but also the mocking of the plight of black people by gaslighting and the use of terms such as "reverse racism" and appropriation of "white culture". This all being presented in black and white form ironically ties it all together.

I’m glad I was able to create a beautiful portrait of Kenechi in the way that I see her - one which captures her essence and beauty, but also tell a hidden but seekable story.