Speed: Visions of an Accelerated Age

Our culture is a product of speed. From fast cars to fast food it dictates the way in which we live, work and play. In the twentieth century, this accelerated age, speed has not only changed our world but also how we view our world.

In an exciting collaboration between The Photographers' Gallery and the Whitechapel Art Gallery, this exhibition explores the presence of speed in the work of some of this century's most visionary artists, from Umberto Boccioni to Siobhan Hapaska, from Marcel Duchamp to Richard Hamilton.

Doug Aitken's American International (1993) is an installation consisting of a large-scale back-lit transparency and a video, Fury Eyes, which documents Ron Fringer's attempt to ride a supercharged motorcycle down a racetrack at 190 miles per hour. The black and white image of Fringer, taken from a camera attached to the bike, begins to disintegrate as he approaches 170 miles per hour; his on-screen presence is replaced by that of Cindy Crawford, standing in a film studio as she awaits shooting on a workout video. As director of photography on Crawford's video, Aitken produced the large backlit transparency in front of which she performed, a view of the Californian desert where Fringer raced. In turn, the transparency has now become the backdrop to this installation. A meditation on the creation of the perfect body, the perfect machine, American International also explores the mediation of nature, where landscape becomes a mediascape which we experience through technology.

The Longer Day by Paul Ramirez Jonas is a different sort of road movie. Influenced by this quintessential American genre, Ramirez Jonas left his studio at sunrise and, his video camera pointing directly out of the windscreen, drove due west until sunset. It is at this point that we join the video, the sun flaring in the camera lens in a way reminiscent of Easy Rider (of course, in that classic of counter-culture, the traditional direction of travel was countered and our two heroes rode east). Travelling at speed, in the same direction as the sun, Ramirez Jonas is able to delay its disappearance; at times it sets beneath the inclined road only to reappear, moments later. The fundamental rhythm of daily life - that of the sun rising, then setting - is disrupted by the simplest of highway journeys. In its desperate attempt to extend the optimism of the American Dream, it is a work of immense romanticism.

Rachel Lowe's projection, A Letter to an Unknown Person, takes a sideways look at our motorised perception of the landscape. Here, the view is out of the side window of a moving car, the blur of green streaks and concrete flashes which have come to represent our countryside. A right hand enters the frame, holding a black marker pen, and procedes to draw a series of quick lines upon the window, in a manner reminiscent of Hans Namuth's film of Jackson Pollock painting on glass. The artist is using the window as a screen, tracing the landscape view as it passes over it; occasionally, the drawings and the view coincide for a fraction of a second, but their resemblance is soon gone. The futility of the gesture, of the artist's attempt to arrest the outside world, is all too apparent. Like the romanticism of Ramirez Jonas, here is an attempt to make sense of a world which is quickly passing us by.

In an interview recorded at the end of 1968, the influential American artist Robert Smithson remarked that "one pebble moving one foot in two million years is enough action to keep me really excited". One might only guess what his reaction might be to the new photographs by Naoya Hatakeyama of explosions in limestone quarries, an area in which he was been working for a number of years. Taken with a remote-controlled camera, metres from the explosion, these high-speed images arrest its dynamic movement, the rock face instead becoming baroque forms. Unable to control, or foresee, the composition of the final picture, these photographs become potent metaphors of modernity, technological images in which destruction and construction occur in the same instant. 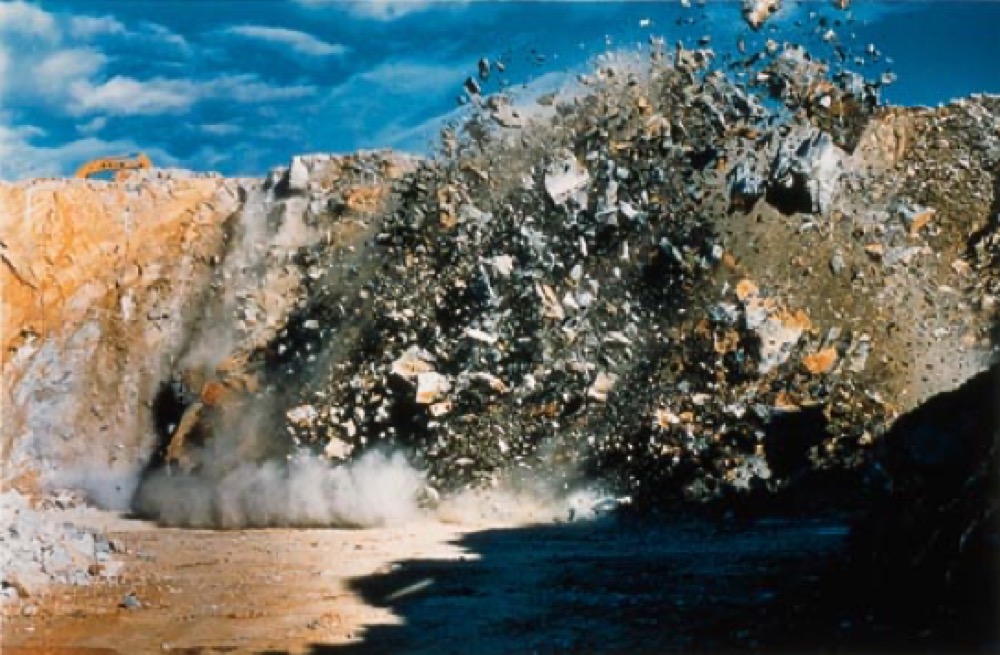 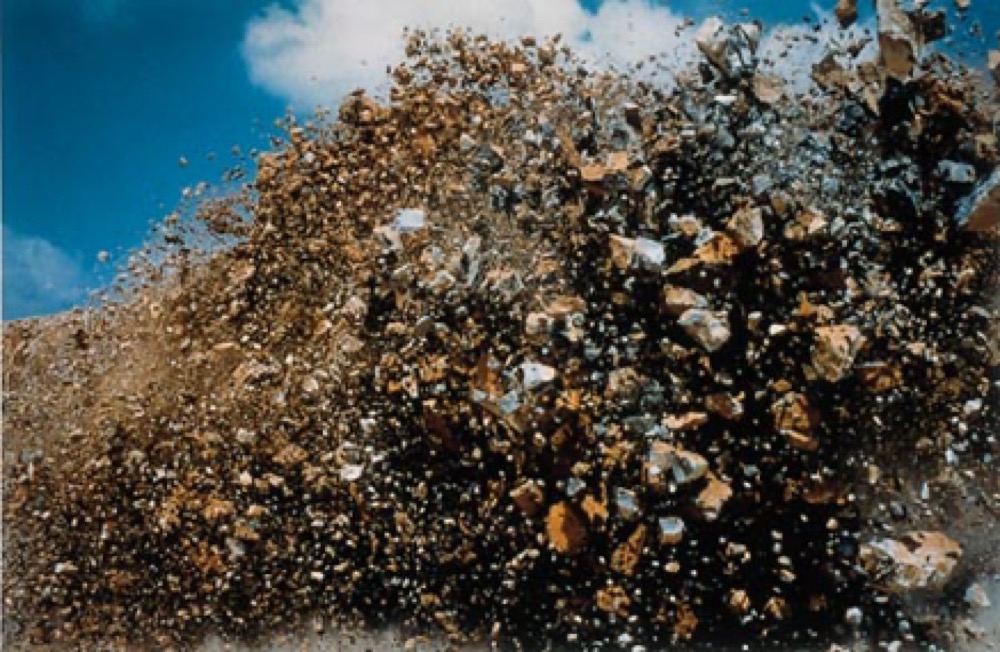 Speed - Visions of an Accelerated Age
Edited by Jeremy Millar and Michiel Schwartz
Published by The Photographers' Gallery with the MacDonald Stewart Art Centre, Ontario and the Netherlands Design Institute, Amsterdam. ISBN: 978-0907879541

More than just a catalogue, this major publication will help define the age in which we live. Specially commissioned texts by writers such as JG Ballard and Peter Wollen, and contemporary pieces by, amongst others, Paul Virilio, Ivan Illich and Susan George, are placed alongside classic historical texts by Blaise Cendrars and Robert Musil. The pictures also cover a wide range, from the picture library of the Science Museum (images for which Ballard has written his own particular captions), to works included in the exhibitions by some of this century's most important artists, such as Marcel Duchamp, Joseph Beuys, Fernand Leger and Richard Hamilton. A stunning anthology, this book will undoubtedly confirm speed as the defining theme of the twentieth century.

Speed continued at the Whitechapel Art Gallery with an exhibition which explores speed's central presence in twentieth century culture. Seductive but critical, eclectic and inquisitive, Speed brings together many of this century's most visionary artists from Umberto Boccioni to Siobhan Hapaska, Walter Sickert to Richard Hamilton. Exploring our modern obsession with time and movement the Whitechapel Art Gallery displays a range of historical and contemporary works from painting and sculpture to video and furniture.

24 September – 31 October 1998
As part of the Speed project, there will be a broad-ranging exhibition held at the MacDonald Stewart Art Centre in Guelph, Ontario. Containing historical pieces from the Art Gallery of Ontario, works by younger British artists including Martin Creed, Karen Eslea and Graham Gussin, and pieces from the MSAC's collection of Inuit art, this exhibition will make an important contribution to our exploration of speed culture. The prestigious McLuhan Program in Culture and Technology, which continues the ground-breaking work of its namesake, Marshall McLuhan, is also creating a website especially for this project. This Speed site will explore McLuhan's relationship to speed as well as providing a broad cultural exploration of this important phenomenon.

Speed was curated by Jeremy Millar.