Explore Past Programme
A group showcase of the eight artists selected for the inaugural TPG New Talent (TNT) mentoring programme.
Showing a range of approaches to both the medium and exhibition-making, the artists selected for the first edition of TPG New Talent (TNT) present works which encompass the full spectrum of photographic practices today.

From the experimental to the documentary, both the works and presentations test the capacity and materiality of the form, using found imagery, surface manipulation, collage and 3D processes to document contemporary stories through personal memories and collective myths. 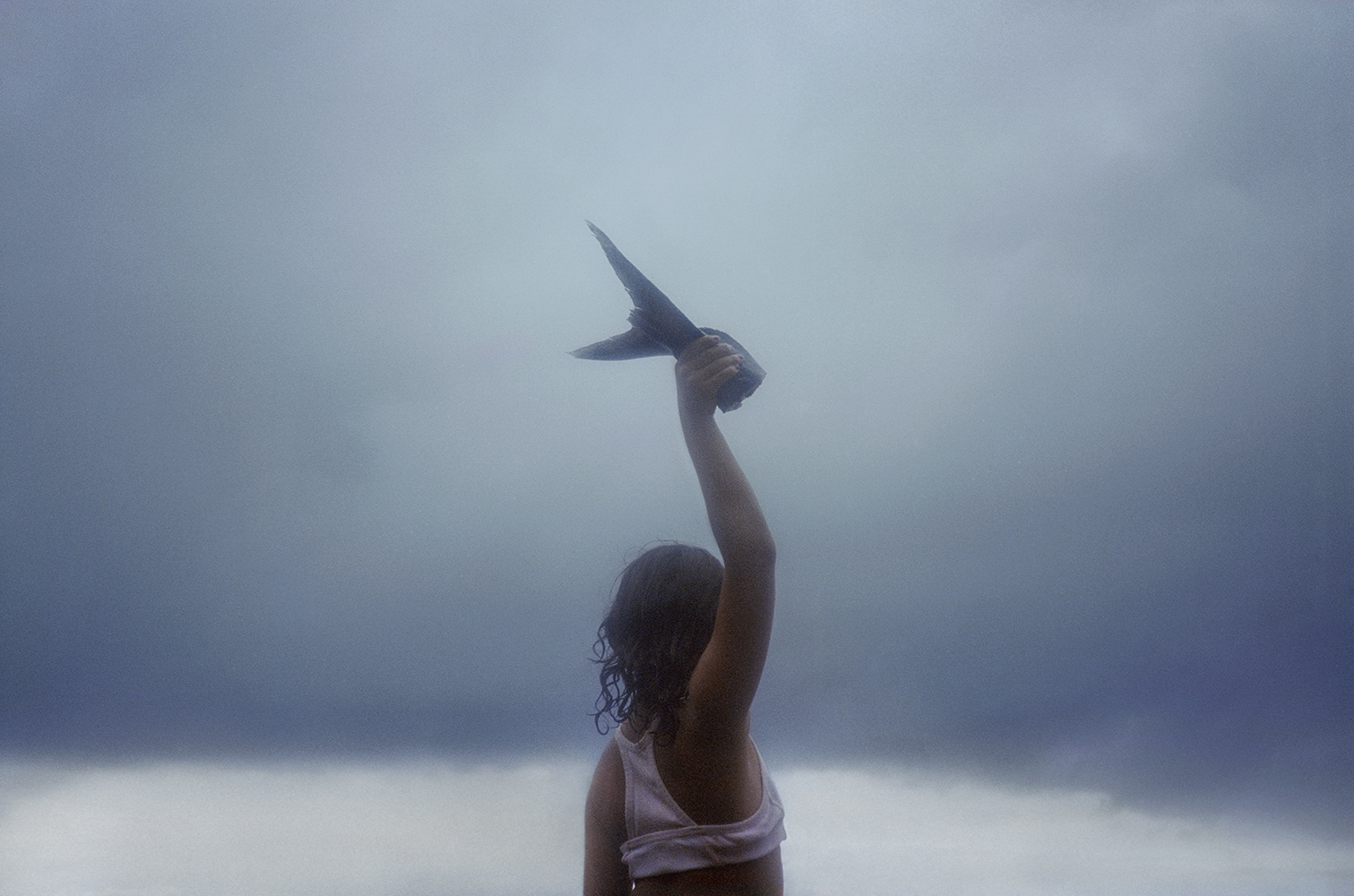 Pitcairn is the last British Overseas Territory in the South Pacific, home to descendants of the infamous Bounty mutiny. The tiny, isolated, volcanic, island measures just two by one miles, and is several days sail away from the nearest airstrip.

Despite the reality of its imposing cliffs and lack of beach, to many outside observers, Pitcairn epitomises Utopia – a vision cultivated by Hollywood’s romanticised adaptations of the ‘Bounty’ story. In 2004, this façade slipped, when a series of child sexual abuse allegations emerged, leading to convictions of eight Pitcairn men, including the current mayor. Despite best efforts to repopulate, by 2015, fewer than forty islanders and just one child remained.

For this project, Rhiannon Adam made the long journey to Pitcairn and, due to the infrequent shipping schedule, was trapped on the island for three months. Naturally suspicious of ‘journalists’, Pitcairners were reluctant to be photographed and mostly appear alone, away from prying eyes.

Within the range of formats, Adam used expired Polaroid film, its instability echoing the scarred underbelly of the island. The project also presents a selection of audio, archive and ephemera, creating a powerful and unsettling exploration of this claustrophobic ‘Paradise Lost’ – a broken society shrouded in mistrust. 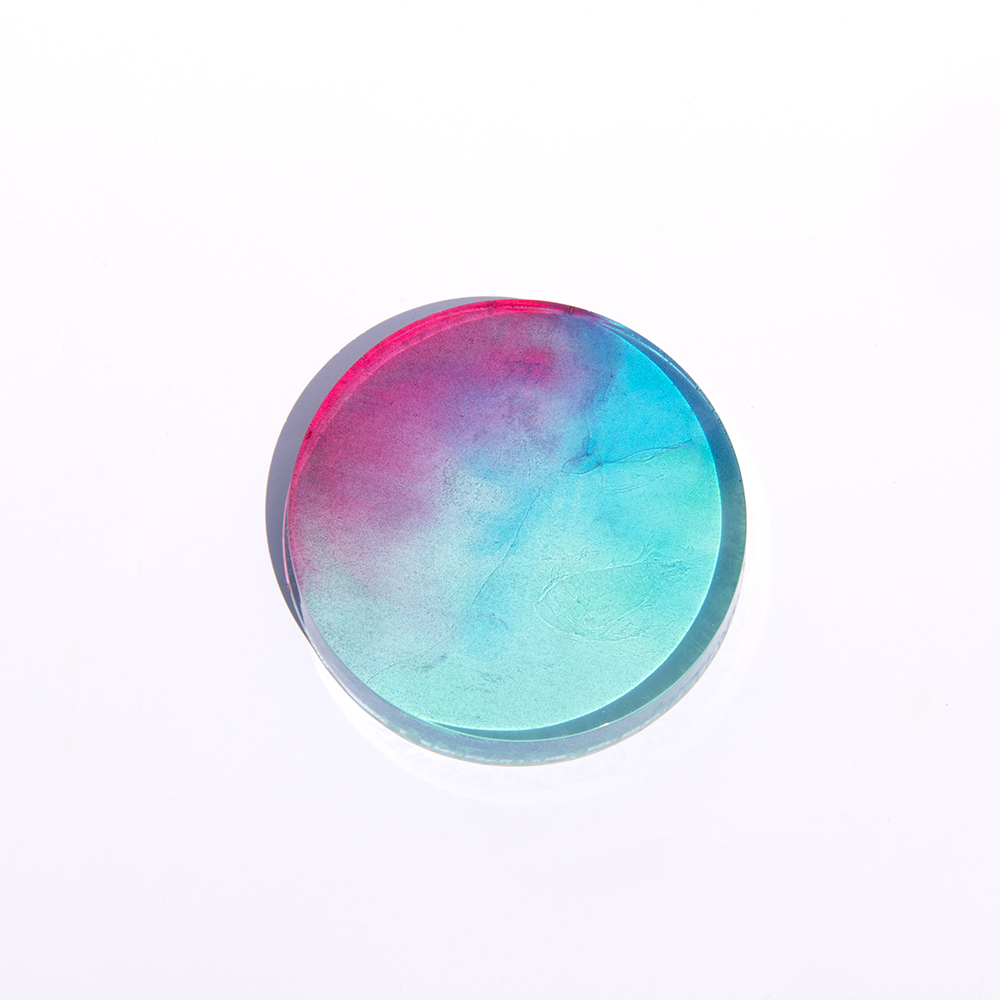 Blending photography, poetics, text and objects, Chiara Avagliano’s practice is inspired by natural science and informed by autobiographical experience. Val Paradiso, is the name of an imaginary valley created by Avagliano and based on real locations from her childhood in Northern Italy. It provides the setting for a semi-fictional coming of age tale told from different points of view and exploring the rituals of female friendship, childhood, mythology and make-believe.

Val Paradiso features a magical lake, based on the real-life Lake Tovel, which famously turned a vivid red in the Summer months due to a strange natural phenomenon. Mysteriously, this spectacular transformation ceased in the mid-sixties, leaving scientists and researchers baffled. Interweaving science, magic and reality, Avagliano positions the lake as a potent mythological symbol exploring  how the private make-believe realms of childhood change and evolve with age.

Working with her half-sister and friends to re-enact personal experiences from their youth, Avagliano creates an infinite cycle of repeated, relived and ultimately transformed memories. Through playfully staged photographs alongside maps, models and other ephemera, Avagliano offers a modern fairytale that expresses the urgency of recovering what is lost through constant reconstruction. 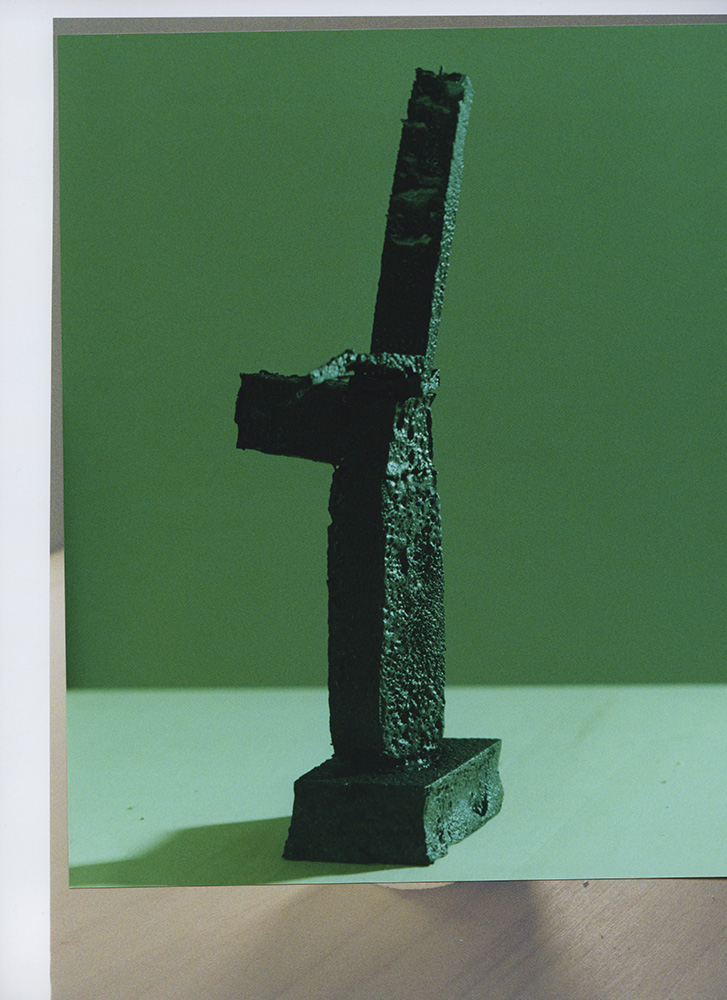 Intrigued by what he refers to as the ‘biography of objects’, Feijóo creates plywood constructions, offering a space for the viewer to encounter the incorporated objects and images like a roaming character within an extended tableau.

His structures are further inspired by artist Constant Nieuwenhuys’s New Babylon, which imagines a utopian city through the construction of a series of models. Feijóo’s ‘worlds’ are based on personal experiences, world events and reclaimed images that harness emotions and intuition as raw materials and offer an innovative lens through which to ‘read’ and experience his three-dimensional image-makings. 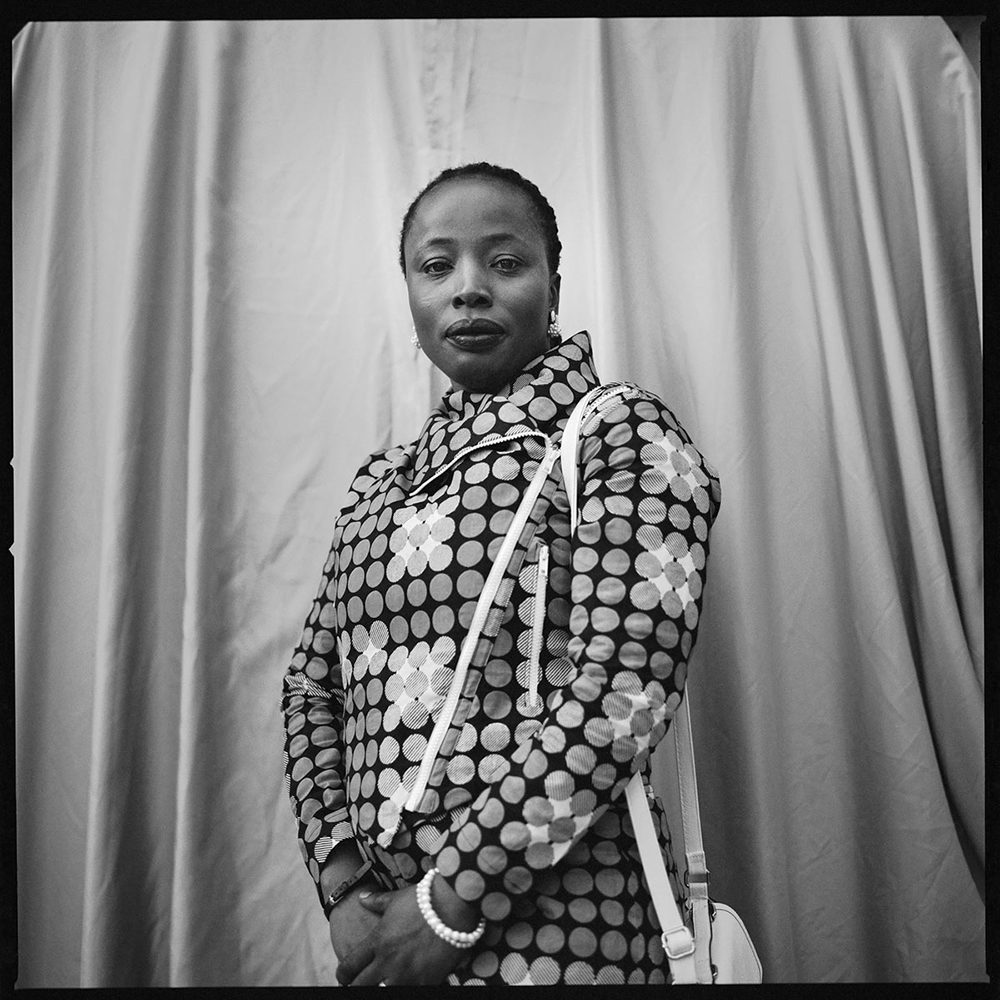 Adama Jalloh's work explores themes such as identity, race and culture; highlighting intimate moments and traditions within her own community in London. A ‘Sara’ is an Islamic custom within the Sierra Leonean community that involves Imams praying for a deceased family member or friend. During the ceremony, offerings of traditional food and money are given and condolences are expressed. Visitors are also allocated matching fabrics (known as Ashobi) which they can style to their individual taste.

Growing up in a mixed religion household, Jalloh was interested that these rituals were still shared and attended by many Christian converts who still choose to practice this element of their Islamic faith even after their conversion to Christianity. Expressions of grief and the customs that surround it vary hugely from one culture to the next and are often seen as too private to be documented. Jalloh’s father acted as the direct connection between her and the local network of Imams, with whom she was granted the access she needed in order to enter these intimate spaces. The photos in this series will be presented alongside an audio conversation between family members spoken in both Krio and English languages. 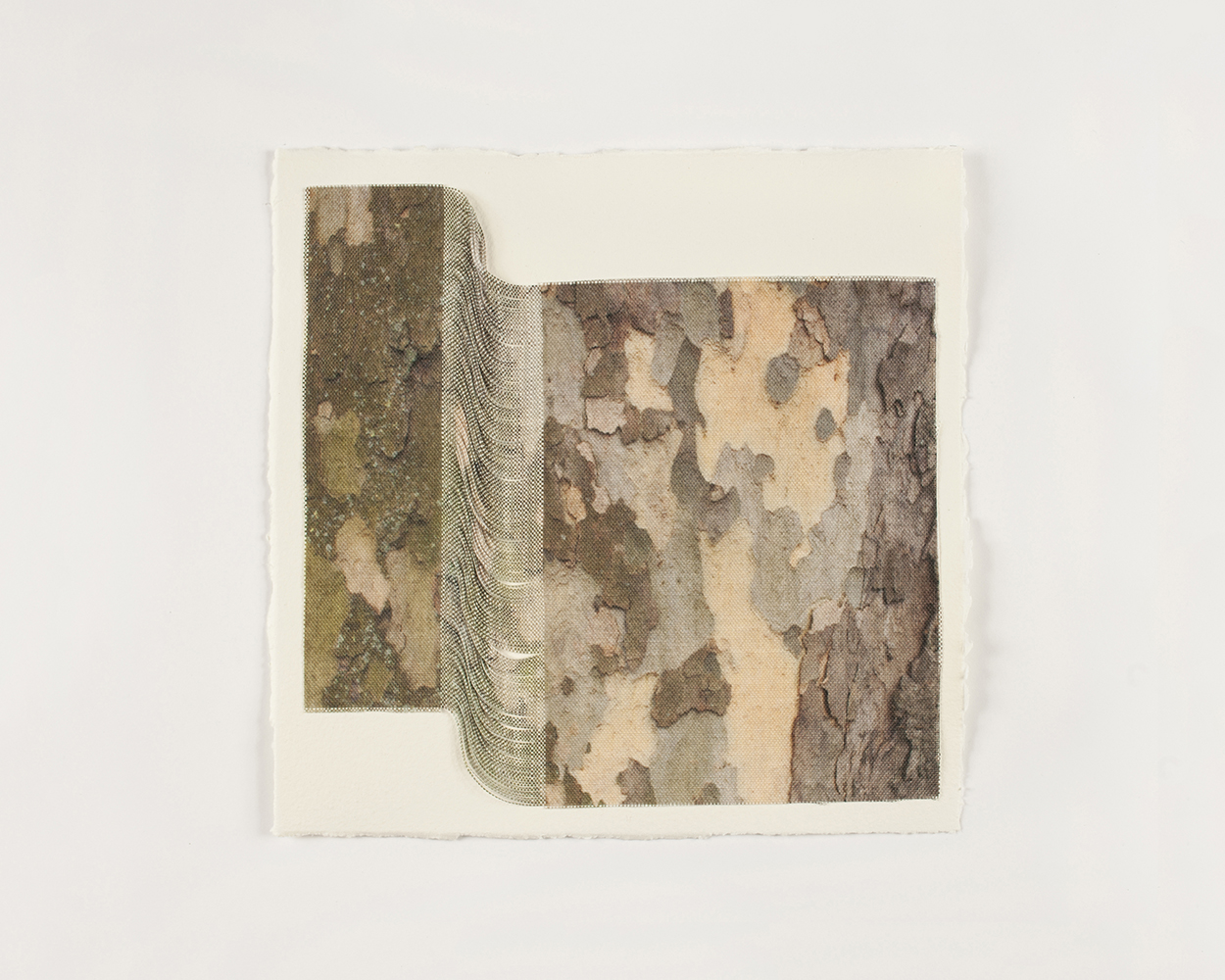 Seungwon Jung is interested in how our perception situates time in relation to space. Printing fragmented photographic images onto fabric, she uses this as a surface upon which to work into, apply onto and remove from. Starting with a completely printed length of fabric, she then submits this to a series of repeated gestures of erasure and reconfiguration, including de-threading, unpicking, rethreading and reconfiguring. As a result, images are transformed by deconstruction more often than by application.

For Jung, the empty space within the physical fabric become as important as any descriptive visual information, as it is through these that she considers the gaps in our consciousness and memories. By removing threads from the fabric, she references the neurological process of forgetting and memory loss, and the imperfect nature of what is left behind.

Jung’s wider practice includes sculptural fabric works and photographs transformed into a wide range of textiles. She is also interested in the intersections at which coding and digital language meets craft and more traditional processes. 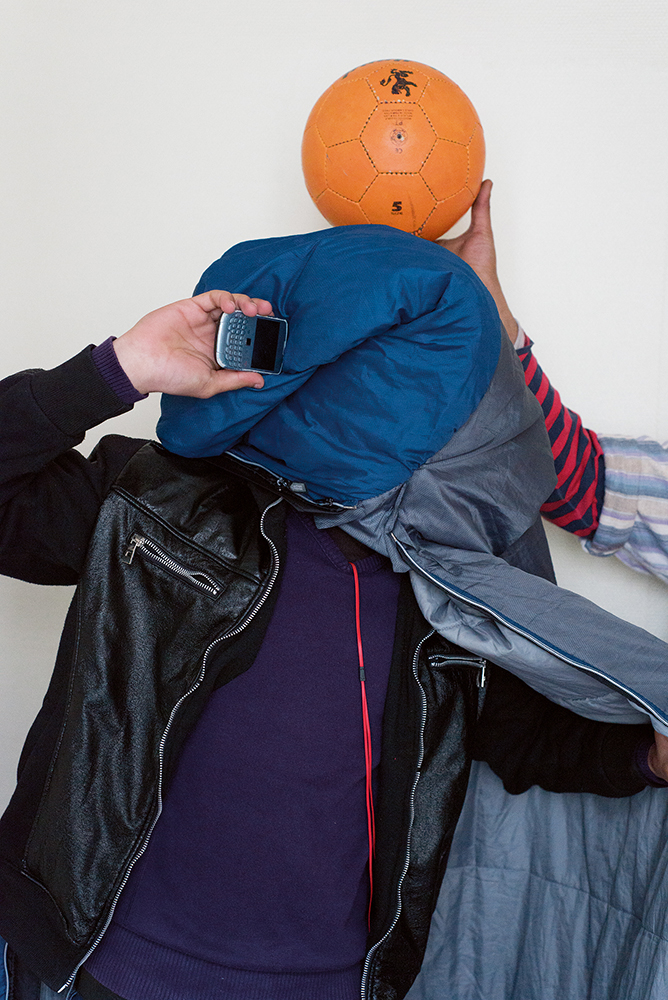 Nothing is Impossible Under the Sun

Alice Myers works with photography, sound and video to engage with specific communities and places. Made over the course of two years in collaboration with refugees and migrants in Calais, Nothing is Impossible Under the Sun incorporates sound recordings, conversation transcripts, found snapshots, moving image, drawings and closely observed photographs.

Using her role as an outsider to observe how events unfold around the camera, Myers rejects neat linear narratives to evoke disorientation in both her book and video works. This mirrors the physical and psychological spaces that people without documents are consigned to.

Aware that photography can been used as a tool to oppress, misrepresent and expose migrants, as well as a means to help them communicate with and remember home, Myers aims to use the act of photographing in ways that feel generative – inviting participation from sitters in ways that they feel most comfortable. Issues of ethics and authorship are acknowledged by Myers at every turn. The impossibility of these issues being completely resolved is accepted and becomes an inherent aspect of the work itself. 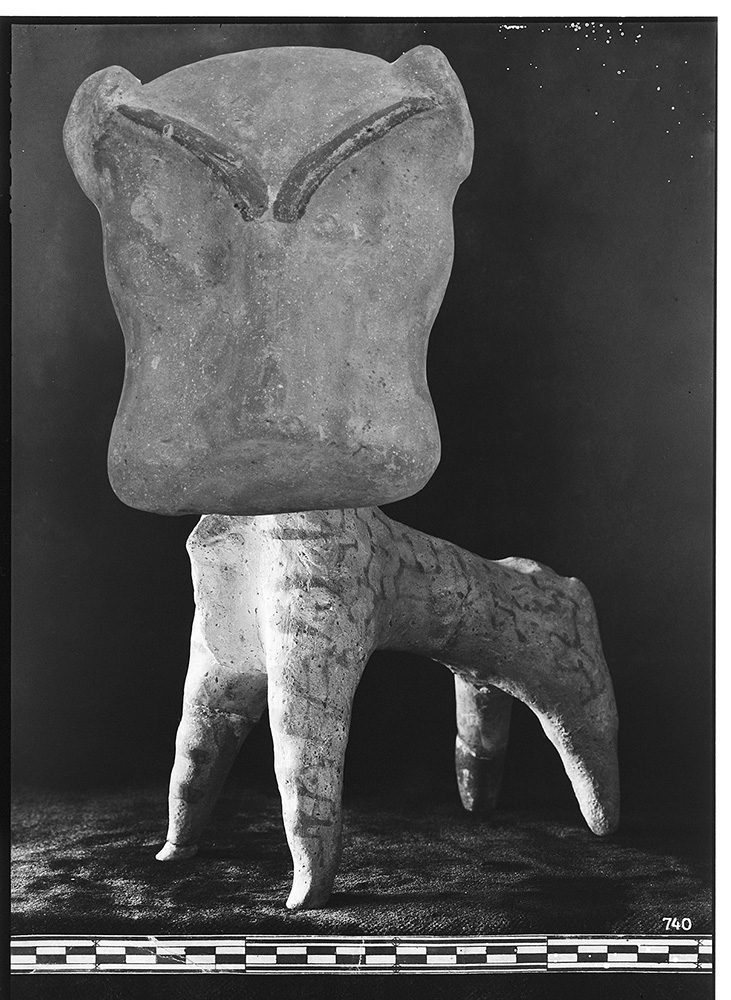 The work aims to question the very idea that culture can be contained by national boundaries and institutions, revealing instead an entity in constant flux, subject to transformative processes of migration and exchange. Some archival images are presented untouched, while others are dismembered or combined with new limbs or partners. Objects become unrecognisable and meanings fragment; presented as floating entities they belong to neither specific time or museum.

Petrocchi’s sources are predominantly online museums’ collections, images scanned from books and photographs of ancient objects taken by the artist. A recurring theme in the work is a combination of futuristic and primordial scenarios and an interchange between digital and traditional processes. 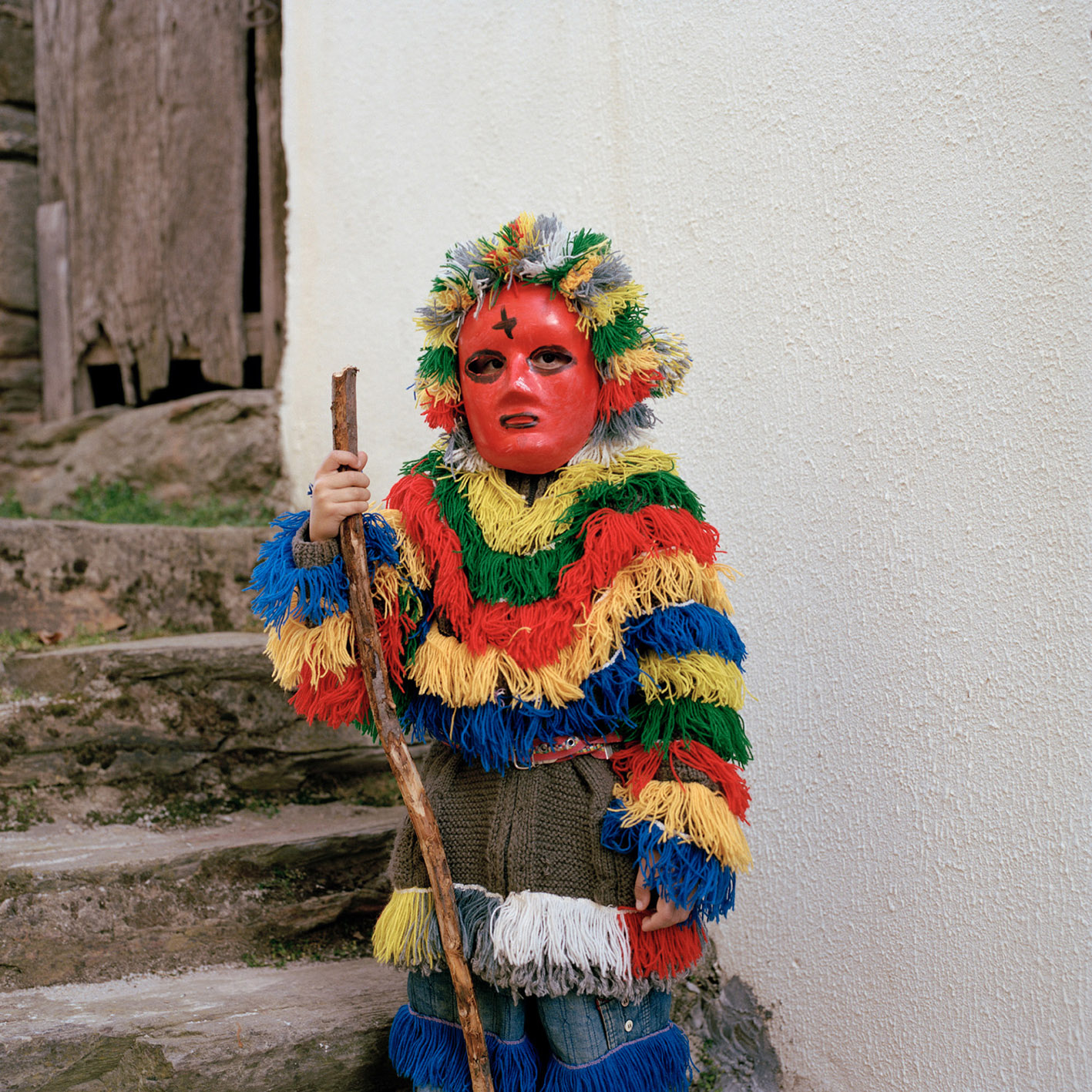 Miguel Proença addresses contemporary subjects engaging with ancient practices, focusing on the search for identity and meaning along peripheral landscapes. Taking the Thomas Huxley quote: “The birth of science was the death of superstition” as a provocation, Behind the Hill explores how mankind continues to search for answers from beyond an empirical framework. Men and women of faith at various points throughout history have proffered the cures for all ills and answers to all concerns. Behind the Hill investigates these urges, seeking out characters and situations that still relate to nature, superstition and belief.

Proença set out to photograph individuals and scenes easily overlooked by a twenty first century world that increasingly seeks answers from the realms of science and technology. He started by collecting flyers left on car windows – advertising cures for hair loss, lack of love, or envy and made connections with spiritual healers and pagan priests – one connecting him to the next and so on. The journey saw him capturing masks, rituals and objects that beckon good health and prosperity. The work explores the wilful struggle of these individuals and practices to master the elements and to mould the world to a collective truth.

“I was wonderfully surprised and impressed by the scope of the work submitted for TPG New Talent, which offered a wide range of ambitious and thought provoking photography. The diversity of applicants and their working methodologies, mediums, and materials, gave me hope that artists are certainly not running out of ideas on how to represent the world – and their places within it – any time soon. I look forward to seeing more from these promising artists.”

In addition to the forthcoming exhibition showcase, the artists each receive twelve months of individual mentoring. Working with TPG curators to identify a particular area of their wider practice needing development and support, each artist will then be paired with a carefully selected mentor from the creative field, who will provide specific and ongoing advice and tutelage. Over the course of a year the mentorship will include studio visits, meetings, discussion and critiques relating to their work.