The Deutsche Börse Photography Foundation Prize is an annual award, originated by The Photographers’ Gallery, to recognise and support the most innovative, original and relevant photography-based practice within a given year.

Deana Lawson (b. 1979, Rochester, New York) is shortlisted for her exhibition Centropy, shown at Kunsthalle, Basel from 9 June - 11 October 2020.

Lawson creates richly layered images and scenarios that are rooted in the familiar, but through subtle [or sometimes not-so-subtle] interventions operate as ‘portals’ that reframe the Black experience and upend stereotypes to create “an ever-expanding mythological extended family.” The protagonists in her work are generally strangers whom she has either met by chance or deliberately cast in a specific role. They are shown in intimate, staged portraits or tableaux, reflecting the vernacular language of the domestic, of family albums - as well as borrowing tropes from Art history and documentary photography - but embellished with symbols, adornments and devotional objects that both root the works within the Black diaspora and propose an additional mystical realm beyond the surface. In this place of creative and spiritual re-ordering, Lawson and her figures reign supreme.

Gilles Peress for the publication 'Whatever You Say, Say Nothing' (2021)

Gilles Peress (b. 1946, Neuilly-sur-Seine France) is shortlisted for the publication Whatever You Say, Say Nothing, published by Steidl, 2021.

Peress first travelled to Northern Ireland in the 1970s, after the reintroduction of internment in 1971, and prior to and during the Bloody Sunday massacre in 1972. He returned in the 1980s with the intention of describing everything as a way of testing the limits of visual language to record and understand the intractable conflict. The resulting publication, Whatever You Say, Say Nothing, is a work of monumental achievement and complexity. Across 2000 pages, two volumes of images, and an accompanying almanac of contextual material, Peress presents a ‘documentary fiction’. A decade of photographs is organised across 22 ‘semi-fictional days’: Days of Struggle, Day of Internment, Double Cross Days, but also days where nothing happens ... boring days, days that never end. Whatever You Say, Say Nothing delineates the helicoidal structure of history, ‘where today is not only today but all the days like today’. It describes existence and experience in a space ritualised by recurring violence, while striving for the savage nature of photography that exists in the no man’s land beyond accepted forms.

For more than three decades, South African photographer Jo Ractliffe has trained her lens on the charged landscape of her homeland. Photographs 1980s - now is an extensive monograph, which includes significant photo-essays, early works and newly published images, richly contextualised by literary references and testimonies from a diverse range of writers, curators and thinkers. Presented chronologically, and introduced by the artist’s direct, almost diaristic, texts, Ractliffe’s images bear witness to the complexities of a country scarified by the violence of Apartheid, as well as the aftermath of civil war in neighbouring Angola. While Ractliffe is often acknowledged as one of South Africa’s foremost social photographers, her stripped back, often stark images do not sit typically within the social documentary genre. Ractliffe is drawn to quiet poetics, not direct political address, lyricism rather than invective. From decommissioned military outposts, to makeshift dwellings stalked by stray dogs, her subject matter is conveyed through a distinctive visual language marked by desolation and absence. But neither are these images silent or empty, rather they convey these sites of massacre, forced removal and violence with a mute intensity. Though black-and-white images predominate, there are also important forays into colour photography and experiments with photomontage and video. Photographs 1980s - now allows us to trace some of the key tropes and stylistic threads which run signature like through her work. These include such favoured techniques as presenting images in ‘filmstrip’-like sequences, or photographing with plastic and toy cameras, as a way of adding to Ractliffe’s singular way of capturing life -or lack of it – on the open road. 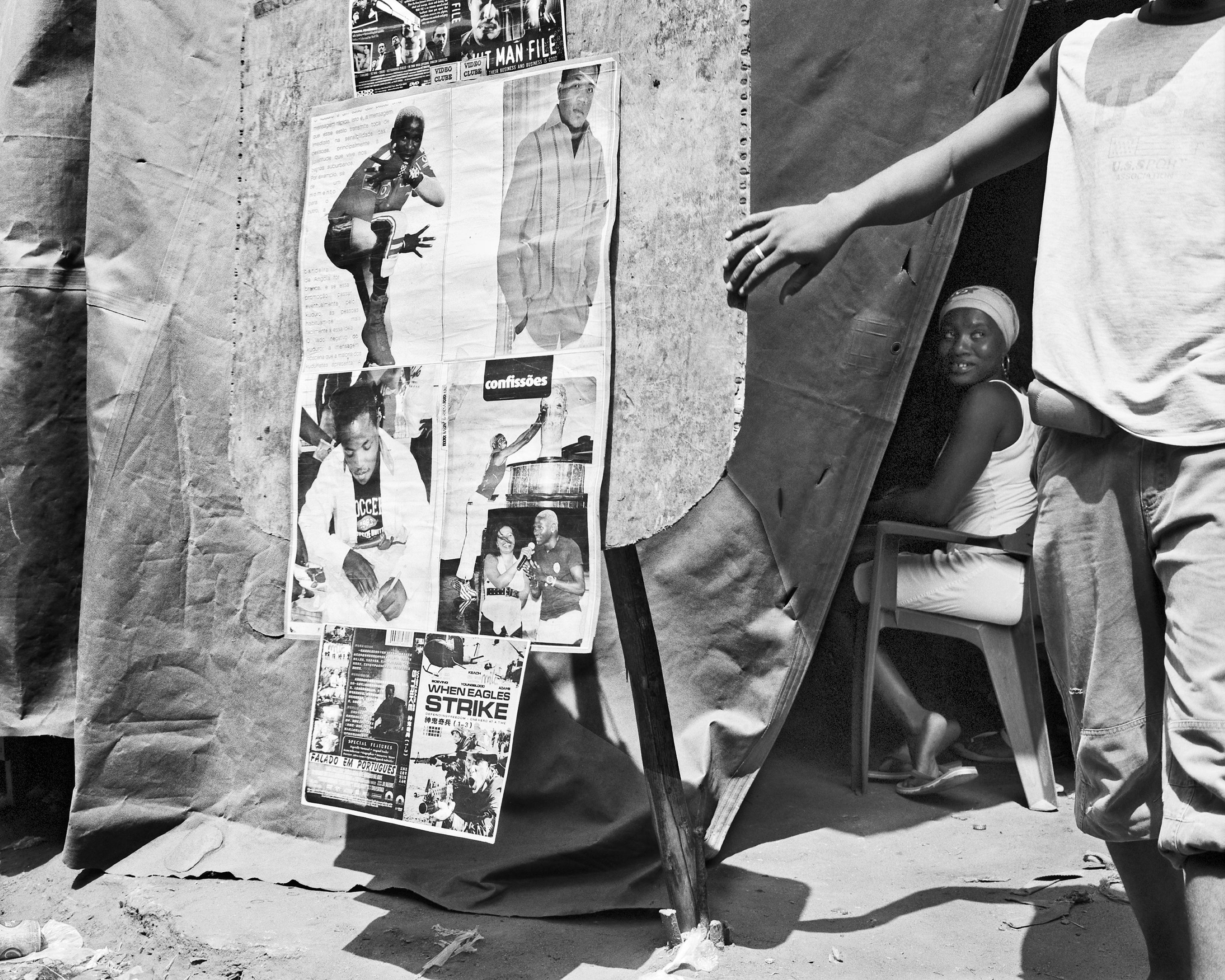 Anastasia Samoylova (b.1984. Moscow, Russia) is shortlisted for her exhibition FloodZone at the Multimedia Art Museum, Moscow (8 June - 28 July, 2021).

FloodZone is an expansive and ongoing photographic series, exemplifying a virtuoso approach to image making and offering a personal response to environmental changes in America’s coastal cities, with a particular focus on Florida, where the artist has lived since 2016. Using her own experience as a starting point for exploration, Samoylova’s images vacillate between appeal and repulsion, paradise and catastrophe. But her record of climate crisis is less direct reportage than lyrical evocation. The colour palette is tropical and pastel-pretty, but there is peril too: rot, wear and decay becoming apparent under the glossy surface. Samoylova plays with the proliferation of aspirational lifestyle imagery that forms the region’s official iconography, but which exists in stark contrast to the realities of encroaching environmental disaster. From aerial views of saturated landscapes to close-up observations of weather worn, architecture, displaced fauna and resilient flora, Samoylova captures the ‘seductive and destructive dissonance’ of a region deeply invested in its own image and sunny allure, while dangerously impacted by rising sea levels, storm surges and coastal erosion, brought about by climate change. 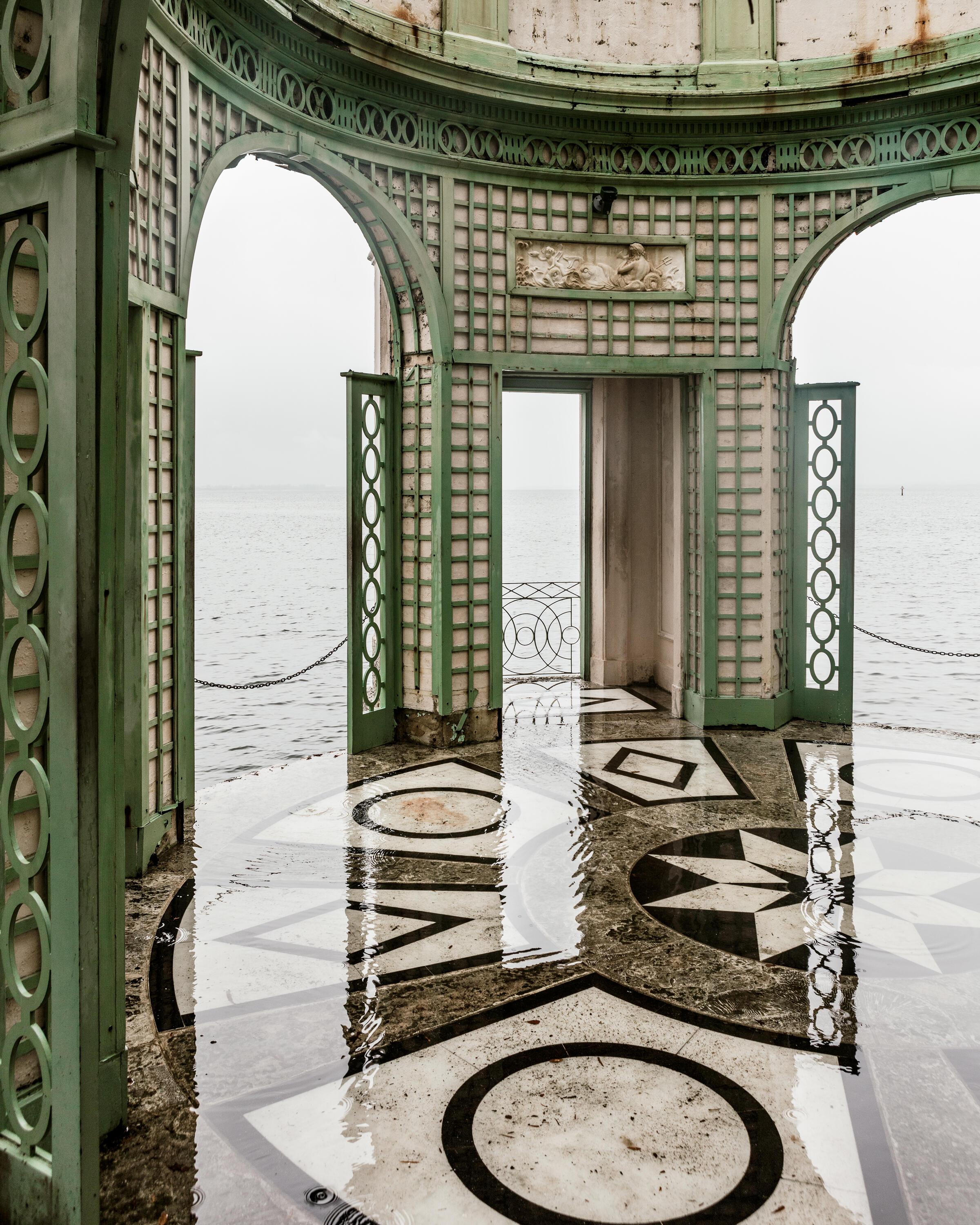 Selected by an international jury - comprising Yto Barrada, artist, Jessica Dimson, The New York Times’ Deputy Director of Photography, Yasufumi Nakamori, Tate Modern’s International Art (Photography) Senior Curator, Anne-Marie Beckmann, Director, Deutsche Börse Photography Foundation and Brett Rogers, Director, TPG - the 2022 shortlist were chosen for their distinctive and original approaches to the medium, the skill of their visual storytelling and the particular relevance of each of their projects in addressing some of the most pressing issues (still) facing us today.

Despite the difference in perspectives (generational, geographical, racial, cultural) and artistic strategies, each of the shortlisted artists show an acute awareness of their present context, of the burden of history, the problematics of legacy and language (visual or otherwise) and a responsibility to address their own position in relation to their subject matter.

About the Deutsche Börse Photography Foundation

Learn more about the Prize

Identifying and rewarding talent, excellence and innovation in the photographic medium.

Our annual photography prize in collaboration with Deutsche Börse Photography Foundation identifies and rewards talent, excellence and innovation in the photographic medium.

We invited writer and critic John Slyce to reflect on the first ten years of the Deutsche Börse Photography Foundation Prize.